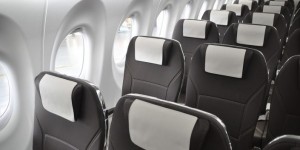 The move that will help drive the vertical integration of Ethiopia’s leather and textiles industries will see ACM team up with Ethiopian set up a manufacturing facility in Ethiopia that will supply aircraft seat covers, safety belts, carpets and many other interior parts to ACM Aerospace.

The facility will have the EASA part 21G certified Production facility (POA) certification which is a core requirement to be met in the industry.

ACM Aerospace – Aircraft Cabin Modification- in full, is a prominent European aerospace manufacturing company that specializes in Aircraft seats and other interior parts. Aircraft seat covers, carpets and other cabin interior parts are manufactured from special fabric and leather materials that are certified and meet the strictest requirements set by aviation regulators such as EASA and FAA for use on an aircraft. For that reason, the facility will in the beginning manufacture the above products using imported raw materials.

The joint venture however says, it will soon have the capability to certify the leather and fabrics that are produced in Ethiopia for use in the production process thereby eating backward and forward linkages for the indigenous textile and leather manufacturing industries of Ethiopia. Besides earnings from export revenues, the facility will create more than 100 jobs in the initial stages.

According to Ethiopian’s group chief executive Mr. Tewolde GebreMariam, the facility is the first plank of a plan to manufacture a wide array of aerospace products in Ethiopia. “We are working in partnership with Aircraft manufacturers and other Aerospace suppliers to establish and develop a labour-intensive aerospace manufacturing industry with a wide portfolio of products. The partnership agreement we signed with ACM Aerospace is a big milestone in this regard and will surely create significant job opportunities for the young, educated task force and will support and synergize with the textile and leather manufacturing industries being developed in the country,” he said in comments.