August 27, 2018—The World Bank will give the Ethiopian government $1 billion in recognition of the […]

August 27, 2018—The World Bank will give the Ethiopian government $1 billion in recognition of the country’s rapid growth and recent moves by the government to liberalise the economy. This year the IMF predicts the GDP growth rate will reach 8.5%. 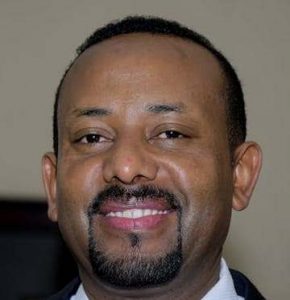 Renewed attention has been directed on Ethiopia after Ahmed announced plans to quicken privatization of some state corporations.

Prime Minister Abiy Ahmed said during a news conference over the weekend the loan is as a result of the reforms taking place in the country. Ethiopia’s growth has been largely driven by an increase in industrial activity, including investments in infrastructure and manufacturing. It also aims to be Africa’s top electricity exporter within the next decade.

Ahmed said the Washington DC-based multilateral lender will provide the money in direct budget support in the next few months. This is the first disbursement of funds since the bank halted lending in 2005 following disputed elections. However the recently installed Ahmed has drawn favourable comments from governments in the leading industrialized  countries.

In June the government announced plans to quicken the privatisation process and cited some choice entities. In a statement, the government said, “While majority stakes will be held by the state, shares in Ethio Telecom, Ethiopian Airlines, Ethiopian Power, and the Maritime Transport and Logistics Corporation will be sold to both domestic and foreign investors.”

Abiy also said the longtime ruling Ethiopian People’s Revolutionary Democratic Front (EPRDF) coalition, which controls all 547 seats in Ethiopia’s parliament, will soon prepare for a “free and fair election” in 2020.

He said,”My dream is that doubts about the ballot box will disappear.”