Earth’s climate sensitivity to CO2 has been underestimated 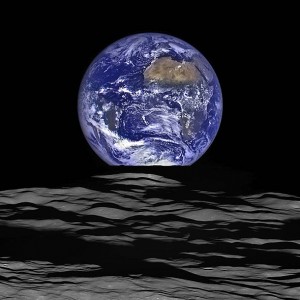 New high resolution image of the Earth with the moon’s surface in the foreground. Courtesy NASA

December 31, 2015; 3:42 PM ET
Scientists from NASA’s Goddard Institute for Space Studies (GISS) have determined that Earth’s climate sensitivity to atmospheric CO2 has been underestimated.
In order to quantify future climate change, scientists need to know the transient climate response (TCR) and equilibrium climate sensitivity (ECS) of Earth.
The TCR is the projected global mean surface temperature changes (up to a century out) in response to doubled atmospheric CO2 concentration. The ECS is similar, but goes out farther in time (many centuries).
Researchers from NASA GISS have determined that previous studies have relied on too simplistic assumptions when accounting for the temperature impacts of climate drivers other than CO2. One such driver are aerosols.
These simplistic assumptions have resulted in incorrect estimates of TCR and ECS, according to NASA’s Gavin Schmidt, who is also a co-author of the study.
“The problem with that (earlier) approach is that it falls way short of capturing the individual regional impacts of each of those variables,” said Schmidt.
The team of NASA GISS scientists proceeded to make detailed calculations by figuring out the temperature impact of several variables such as greenhouse gases, natural/man-made aerosols, ozone concentrations and land use changes based on actual observations from 1850-2005 using a very large ensemble of computer simulations.
What they (NASA GISS) found was that these climate drivers do not necessarily behave like CO2. Each climate driver has a particular set of conditions that affects the temperature response of Earth, according to the NASA report.
According to the NASA GISS researchers, the predictions for TCR and ECS have been lower than they should be which means that Earth’s climate sensitivity to atmospheric CO2 has been underestimated.
“If you’ve got a systematic underestimate of what the greenhouse gas-driven change would be, then you’re systematically underestimating what’s going to happen in the future when greenhouse gases are by far the dominant climate driver,” Schmidt said. (via NASA).
http://www.accuweather.com/en/weather-blogs/climatechange/earths-climate-sensitivity-to/54522483