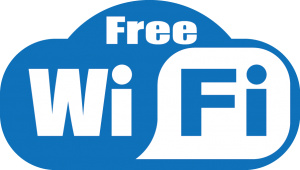 An official from the TRA said that there are fake open Wi-Fi networks in the city created by hackers to hack data and harm users.

Gaith Al Mazeina, manager of Business Affairs aeCERT at TRA, said that those hackers create fake Wi-Fi with names similar to open Wi-Fi points in the hotels and malls to con the user to log in and hack his device.

“The hackers make the fake Wi-Fi using hotels’ names, for example, by adding a number to the original name and when the user logs in to the network, they can get access and steal the data and control the device. People must be careful when they connect their devices to open Wi-Fi and make sure it contains a username and password,” Al Mazeina said.

He claimed that the hackers use the fake Wi-Fi to destroy devices, espionage and blackmail the users. He said that they upload viruses to the device to steal emails, banking accounts and pictures.

Some hackers use ‘ransom ware’ virus to make encryption to the device or the phone and then ask for money before sending the encryption key to the user to recover his device.

“If the user have one percent suspicion in the open Wi-Fi in the city, then it’s better not to log into it. If you are in a hotel and finds many open Wi-Fi networks, then you must ask the hotel for the original Wi-Fi username. People must protect their personal data and emails with strong passwords,” Al Mazeina said.