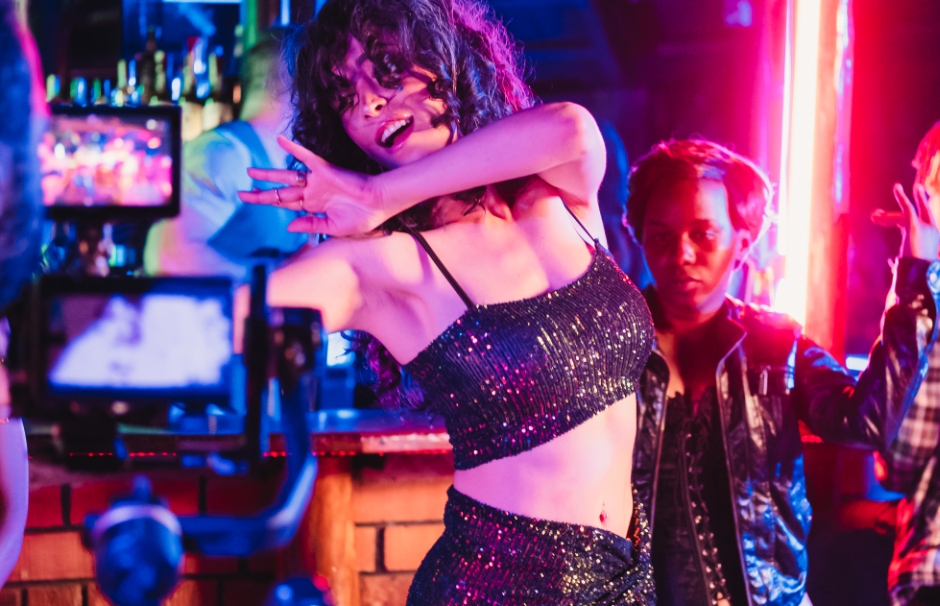 Tania Nemer, who came to prominence as a finalist in the hit pan-Arab talent show Star Academy, recorded and produced the music video in Kampala.

Lebanon enjoys substantial historical ties with Sub-Saharan Africa writes Christopher Burke.  Contemporary relations stretch back to the 1860s when the first wave of Lebanese emigration settled in West Africa, driven by inter-communal violence and economic stagnation at home. Recent economic challenges have spurred another wave searching for new opportunities across Africa and beyond.  Beneficiaries of what Nassim Nicholas Taleb describes as anti-fragility. Lebanese defy hardship by seizing and making the most of opportunities.

Beirut has long benefitted from interactions between the Middle East and Europe, and Lebanon is strategically positioned to take advantage of the dynamic economies of Sub-Saharan Africa.  While the rest of the world wrestles with inflation accompanied by economic stagnation and contraction associated with the Covid-19 pandemic and the war in Ukraine, GDP in sub-Saharan Africa grew by 3.7 percent in 2021 and is expected to grow by 3.8 percent in 2022 according to the International Monetary Fund (IMF).

The Port of Beirut was formerly among the largest and busiest ports in the region.  While physical trade between Lebanon and Sub-Saharan Africa has been limited, traditional entrepôt states including Lebanon, Hong Kong and Singapore are becoming less relevant with fast and cost-effective transportation options. The 500,000 strong Lebanese Diaspora across Sub-Saharan Africa will; however, will prove invaluable.

Popular media continues to focus on Africa’s tremendous natural resources, but as Martyn Davies with Emerging Markets and Africa at Deloitte reminds us the market is a more immediate commercial attraction.  The continent has the fastest growing population in the world projected to reach 2.5 billion by 2050. By 2100, one full third of the world’s population will be African.  Purchasing power parities will initially remain low, but the sheer volumes of goods and services consumed are already demonstrating exponential growth.  The consumer market combined with whatever resources can be exploited represent phenomenal potential.

The situation provides stark parallels with different aspects of the East Asian economic trajectory over the past century, the unprecedented economic growth registered by the Soviet Union from the 1950s and more recently Southeast Asia. According to the flying geese model conceived by the Japanese military economist Kaname Akamatsu in the 1930s, Africa is next and the zero total factor productivity growth thesis popularized by American economist Paul Krugman indicates it will be huge.

Following independence, policies and legislation in many West African countries defined and restricted opportunities for the Lebanese diaspora. The vast majority went into business and many proved very successful.  While politically influential, the Lebanese diaspora in Africa has generally been very discrete and steered well clear of direct involvement in politics.

The 9/11 attack on New York’s World Trade Centre saw an unprecedented tightening of financial regulations by the United States. In search of alternative investment destinations, Middle Eastern investors refocused on Sub-Saharan Africa injecting a sudden influx of new capital.  Lebanese entrepreneurs across the continent were perfectly positioned to act as go-betweens with their distinctive Levantine Arabic dialect.

Chinese and Indian companies looking to strengthen their presence in Africawith support of their governments haveaccumulatedunderstanding and connections through gifts and acquisitions.  Beijing has pursued soft power initiatives including cultural exchanges with the establishment of Confucius Institutes while the state-owned China Central Television (CCTV) and news agency Xinhua further deepen engagement. In 2007, the state-ownedIndustrial and Commercial Bank of China (ICBC), the world’s largest bank, acquired a 20 percent stake in South African-based Standard Bank Group to secure a presence in 20 countries across the continent.

In the complete absence of state support, the Lebanese diaspora has accrued knowledge and social capital over the past century or more and firmly entrenched themselves in West Africa, particularly Côte d’Ivoire, Nigeria and Senegal.  Members of the diaspora are engaged in a wide range of sectors from agriculture through construction, real estate, processing or manufacturing, hospitality and services to tertiary sectors. The Lebanese diaspora has strengthened internal consumption and trade that Nigerian academic and entrepreneur Ndubuisi Ekekwe argues is beneficial to African development.

Despite the presence in West Africa, the number of Lebanese in East and Southern Africa is relatively small, but growing and increasingly visible. In the past two years, shwarma restaurants operated by Lebanese restaurateurs have become a craze across East Africa.  The Lebanese owned firm Hariss International is now among Uganda’s leading manufacturers of food and beverages operating under the brand name Riham. And in 2018, the Nigerian registered Lebanese owned firm GIS Transport won a competitive contract to implement the World Bank supported Systematic Land Adjudication and Certification (SLAAC)with the Ministry of Lands, Housing and Urban Development (MLHUD) in Uganda.  The contract is soon to end, but tenders for renewal are anticipated in the coming months.

Emerging Lebanese celebrity Tania Nemer recently released a catchy Afro-Lebanese fusion song Sexy Diva. Nemer, who came to prominence as a finalist in the hit pan-Arab talent show Star Academy, recorded and produced the music video in Kampala.  There is no shortage of talented and experienced support artists and production professionals to draw on across Sub-Saharan Africa.   The music scene in Uganda is vibrant and the costs associated with recording, filming and production are extremely competitive, especially in comparison to Lebanon according to Nemer.

Remittances are critical to Lebanon’s economy and according to the World Bank contributed over 36 percent of country’s GDP in 2020.  Capital inflows repatriated by the Lebanese diaspora in Africa will increase substantially as economies across the continent grow and engagement deepens presenting a clear contribution to mutual growth and prosperity.

Christopher Burke is the Managing Director of WMC Africa, a communications and advisory agency in Kampala, Uganda.  He has over 25 years’ experience working on communications, development, governance and peace in Asia and Africa.