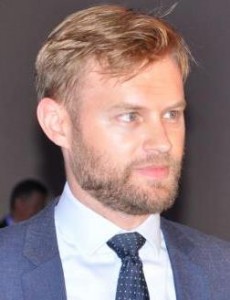 June 11, 2018 – China could be the unlikely hero that unlocks Africa’s development. But the continent’s leaders will need to reset the relationship to achieve that.

Jeremy Stevens, a Beijing based economist for Standard Bank, argues that contrary to criticism, China has been a loyal and committed partner to Africa. However, the relationship has been lopsided because Africa is using the wrong criteria to measure the success of this partnership. He also suggests that Africa could take advantage of China’s current standoff with the US, over trade and global technology leadership, to extract more value out of the relationship.

China-Africa cooperation is currently premised on trade, investment and finance for major infrastructure development. In Uganda for example, China is displacing western contractors with Chinese companies enjoying a share of 40 percent of government projects. China also finances 29 percent of all government projects compared to just 3 percent by Europe.

But while Chinese money has helped ameliorate Africa’s huge infrastructure deficit, it has not translated into job creation in a continent that will see 500 people join the job market over the next 15 years.

Speaking at the tail end of the Third China-Uganda Business Forum that was organised by Stanbic Bank in Kampala, Mr. Stevens said Africa “needs to change the metrics of how they measure the success,” of their relationship with China.

He argues that rather than look at trade, loans and investment, Africa could introduce job creation and skills development as measures of success of that relationship. And Beijing would likely deliver.

“If Africa was to come to China and say we are going to measure the success of our relationship by how many jobs are created and gave them a certain target; China would deliver because it has proven itself to meet targets and commitments and they are keen to be a partner of choice,” he said.

But trade has been lopsided with Africa mostly exporting raw minerals to China and while the continent enjoyed a trade surplus with China for a period, the collapse of the commodity market in 2014 changed that.

The Dragon is also a major competitor for fledgling domestic manufacturing because its exports to Africa are mainly manufactured goods.

Yet in the broader context of Africa’s development paradox, it is China that holds Africa’s best hopes for transformation, first because of its own global ambitions and second because of the internal changes going on in the Chinese economy.

Stevens says to engage more effectively, Africa needs to understand what is happening inside China. After a nearly 40 years of rapid, investment led growth, China’s economy has plateaued out and there is a shift towards high quality consumer led growth.

According to Stevens, this has necessitated a few policy shifts. To put money back onto the balance sheets of an overstretched banking industry, China has restricted supply side growth by consolidating key industries. This has improved the profitability of firms enabling them to meet their financial obligations to lenders.

But stronger industry has exposed China to rising labour costs, and created sunset industries that are looking for new locations. The key considerations in choice of where to relocate are a strong macroeconomic environment, customers, low cost base, infrastructure, skills and a robust investment regime.

A lot of times, African countries offer those things but it is more complicated than that says Stevens.

“African countries need a regional focus. They also need to support their SME’s with a strong relationship between the private and public sector,” he says.

He adds that Africa’s situation is precarious because unlike economies that caught the early development wave through the industrial and technology revolutions; industrialisation on its own, is no longer enough to guarantee a growth miracle. Africa is playing in a more restricted space where the factors that traditionally generated growth – capital, labour and technology- are hemmed in by an international trading system that favours incumbency.

Stevens say that when the UK and the United States were going through industrialisation, the share of employment in the manufacturing sector was 50 percent. Decades later, it was 30 percent in South Korea and it peaked at 12-15 percent in China.

“It is becoming harder and harder to use manufacturing as a basis for growth because of increased global competition. All those other countries benefited from protectionist measures and import substitution, things you cannot try today and still remain in the global financial system and architecture. It has become more difficult and we need to solve that problem,” Stevens argues.

Partly because she has been a late mover that is keen to forge strong partnerships, China may be the only developed economy that offers Africa a strong hand to lean on. But Africa will need to set new goals and engage China to do everything she can, for that to happen.

China’s export to Africa are predominantly manufactured goods largely because Africa does not produce what it needs. Africa’s manufacturing sector has grown from $73 billion in 2005 to $ 170 billion presently, representing an average annual growth rate of 3.5 percent over the period.

On the other hand, China’s manufacturing share of exports is 85 percent while for most African countries it is below 28 percent. Foods and beverages dominate African manufacturing.  That compares with 1970 when the share of manufacturing in Africa’s GDP averaged 60 percent. That had slid to 15.5 percent in the, 1990’s and is now less than 10 percent.

Manufacturing is mostly informal and lacks access to technology and finance. These problems could be partly offset by refocussing Chinese cooperation towards investment in manufacturing.

Steven says this important now because over the next fifteen years, 500 million people are going to join the labour force in Africa.

“It is going to become harder for Africa and globally it is becoming harder and harder for manufacturing to absorb labour because of global competition,” he says.

The scope of Chinese partnership is therefore going to play an ever critical role in Africa’s shot at structural transformation.

Stevens says an opportunity to restructure Africa’s engagement with China will present itself this September, when African leaders and business people converge on Beijing, for the 2018 edition of the Forum for China Africa Cooperation Forum FOCAC.

“Up to now, China’s engagement with Africa has been driven by China’s own interests. Africa will need to understand what is happening inside China to be able to negotiate as an equal partner because that is going to drive what they do in Africa and unlock more opportunities in the China Africa space,” Steven observes.

He adds that China’s trade war with the US, which is less about trade and more about technology leadership, has created a unique opportunity for African countries because China has built itself as a brand and a partner that delivers on its promises and commitments and would therefore not want to see that change.