Home » Opinion » By sticking together Covid-19 beatable towards better world

By sticking together Covid-19 beatable towards better world 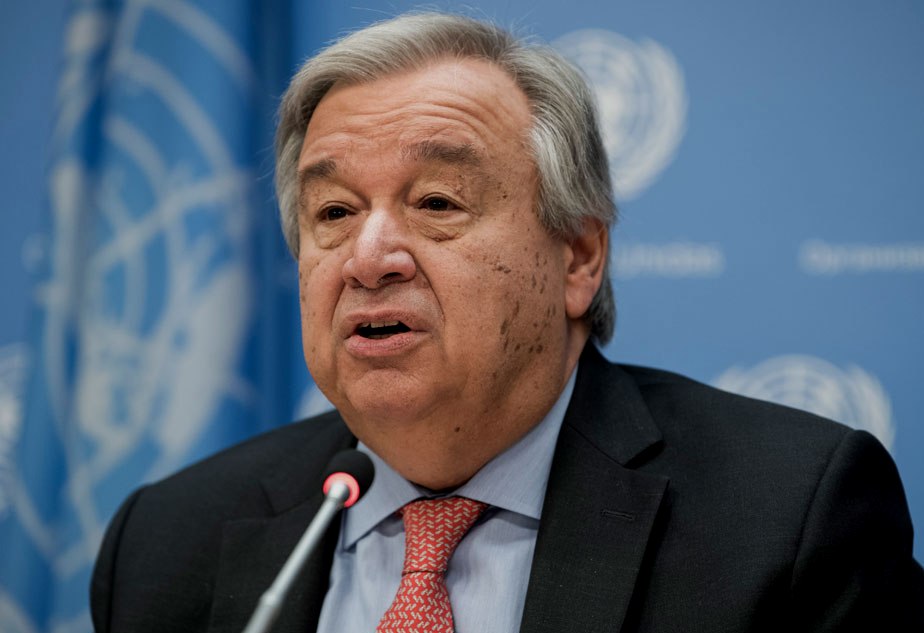 Guterres highlights the International Monetary Fund has declared that we have entered a recession as bad as or worse than in 2009.

Only by coming together will the world be able to face down the Covid-19 pandemic and its shattering consequences writes António Guterres.

At an emergency virtual meeting last Thursday, G20 leaders took steps in the right direction. But we are still far away from having a coordinated, articulated global response that meets the unprecedented magnitude of what we are facing.

Far from flattening the curve of infection, we are still well behind it. The disease initially took 67 days to infect 100,000 people; soon, 100,000 people and more will be infected daily. Without concerted and courageous action, the number of new cases will almost certainly escalate into the millions, pushing health systems to breaking point, economies into a nosedive and people into despair, with the poorest hit hardest.

We must prepare for the worst and do everything to avoid it. Here is a three-point call to action – based on science, solidarity and smart policies – for doing just that.

First, suppress transmission of the coronavirus.

This requires aggressive and early testing and contact tracing, complemented by quarantines, treatment and measures to keep first responders safe, combined with measures to restrict movement and contact. Such steps, despite the disruptions they cause, must be sustained until therapies and a vaccine emerge.

Crucially, this robust and cooperative effort should be guided by the World Health Organization, a member of the United Nations family; countries acting on their own – as they must for their people – will not get the job done for all.

Second, tackle the devastating social and economic dimensions of the crisis.

The virus is spreading like wildfire, and is likely to move swiftly into the global south, where health systems face constraints, people are more vulnerable, and millions live in densely populated slums or crowded settlements for refugees and internally displaced persons. Fueled by such conditions, the virus could devastate the developing world and then re-emerge where it was previously suppressed. In our interconnected world, we are only as strong as the weakest health systems.

Clearly, we must fight the virus for all of humanity, with a focus on people, especially the most affected: women, older people, youth, low-wage workers, small and medium enterprises, the informal sector and vulnerable groups.

The United Nations has just issued reports documenting how the viral contagion has become an economic contagion, and setting out the financing needed to address the shocks. The International Monetary Fund has declared that we have entered a recession as bad as or worse than in 2009.

We need a comprehensive multilateral response amounting to a double-digit percentage of global gross domestic product.

Developed countries can do it by themselves, and some are indeed doing it. But we must massively increase the resources available to the developing world by expanding the capacity of the IMF, namely through the issuance of special drawing rights, and of the other international financial institutions so that they can rapidly inject resources into the countries that need them. I know this is difficult as nations find themselves increasing domestic spending by record amounts. But that spending will be in vain if we don’t control the virus.

Coordinated swaps among central banks can also bring liquidity to emerging economies. Debt alleviation must also be a priority – including immediate waivers on interest payments for 2020.

We simply cannot return to where we were before Covid-19 struck, with societies unnecessarily vulnerable to crisis. The pandemic has reminded us, in the starkest way possible, of the price we pay for weaknesses in health systems, social protections and public services. It has underscored and exacerbated inequalities, above all gender inequity, laying bare the way in which the formal economy has been sustained on the back of invisible and unpaid care labour. It has highlighted ongoing human rights challenges, including stigma and violence.

Now is the time to redouble our efforts to build more inclusive and sustainable economies and societies that are more resilient in the face of pandemics, climate change and other global challenges. The recovery must lead to a different economy. Our roadmap remains the 2030 agenda and sustainable development goals. The United Nations system is fully mobilised: supporting country responses, placing our supply chains at the world’s disposal, and advocating for a global ceasefire.

Ending the pandemic everywhere is both a moral imperative and a matter of enlightened self-interest. At this unusual moment, we cannot resort to the usual tools. Extraordinary times demand extraordinary measures. We face a colossal test which demands decisive, coordinated and innovative action from all, for all.

António Guterres is secretary general of the United Nations