KIGALI, DECEMBER 19 -The surprise acquisition of a rival by Bharti Airtel has shuffled the Rwanda […] 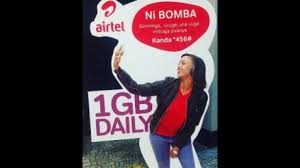 KIGALI, DECEMBER 19 -The surprise acquisition of a rival by Bharti Airtel has shuffled the Rwanda telecom market, effectively sending MTN to the number two position.

The voice market also whittles down to two horses in which MTN is separated by 18 points below Airtel.

The deal, first reported in the Indian press this morning was confirmed in a release from Millicom’s Luxembourg headquarters, which said the Rwandan subsidiary was being offloaded at a value six times the operations EBTDA. Airtel would pay for the purchase over two years using a mix of cash, vendor loan note and earnout. Tigo Rwanda has not published its in recent years.

Once approved by regulators, the deal will ease Airtel into market leadership with 59 percent market share.

MTN Rwanda had already lost significant ground to Tigo with the October 2017 market report by sector regulator Rwanda Utilities Regulatory Authority RURA indicating that the duo were separated by a  single point. Tigo’s share of the market stood at 40 percent overall, MTN held 41 percent and Airtel 19 percent of a combined active subscriber base of 8,675,826 at the end of October.

The surprise development represents a dramatic change of fortunes for Airtel that was only a week ago reported to be exiting its positions in Kenya, Rwanda and Tanzania.