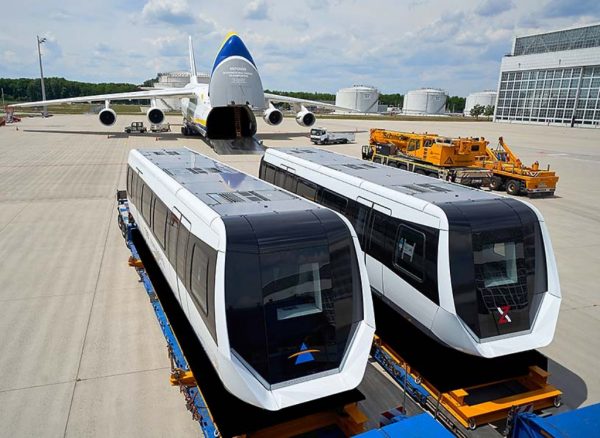 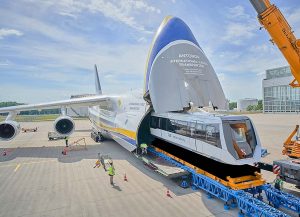 Specialised equipment designed by Antonov Airlines was used to load and unload the trains onto the aircraft and they were secured with special lashings to prevent them from getting damaged during their journey.

The trains were transported for Chengdu Xinzhu Road & Bridge Machinery.

Andriy Blagovisniy, commercial director of Antonov Airlines, commented: “For Antonov Airlines this project was both challenging and interesting at the same time. Its realisation required careful preparation and performance of the flight strictly in accordance with the confirmed schedule. We thank our customer KN Airlift for their continued trust and effective cooperation.”

Timo Kaden, manager of sales and operations at KN Airlift, added: “This exciting project was based on teamwork from all involved parties. We highly appreciate the professional performance from our valued partner Antonov Airlines.”

Photos and story credit to: www.aircargonews.net