Analysis: Airbus soars over Boeing on orders but A350 hobbles deliveries 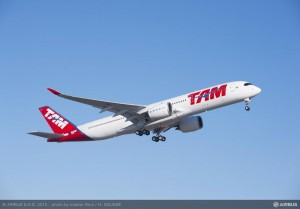 KAMPALA, JAN12 -Airbus delivered 635 aircraft against 1036 net orders for 2015, placing it behind its Seattle based competitor on deliveries but ahead on new sales during the year.

Boeing advantage in deliveries over its rival -762 aircraft- which was just six units short of its sales for the year was driven by the 787 which accounted for 135 units. Minus these units and other wide body types, the two principals are at par in the single aisle segment. Boeing delivered 495 narrow bodies, just units more than Airbus A320 family.

Airbus Achilles heel was the A350 whose supply chain is still struggling through the pains of ramp up. In comparison, after a troublesome start, the 787 and 777 production processes are now mature giving Seattle a clean run in the deliveries race.

For 2016 Airbus CEO Fabrice Bregier is projecting a rate increase that should see Toulouse deliver 60 A350’s during 2016 but a lot depends on how ready Airbus supply chain will be to deliver parts and assemblies to build 5 A350’s a month minus technical glitches. The manufacturer fell one unit short of its 2015 target for the A350 because of cabin furnishing readiness issues on one aircraft whose delivery had to be deferred.

Still, the most significant news out of Toulouse was that the manufacturer had managed to sell 3 A380’s to a customer whose prefers anonymity at this time. That customer is suspected to be All Nippon Airlines who has probably taken over part of an earlier order by fellow Japanese carrier Skymark which went into liquidation. While this may be a completely new order therefore, as some might argue, it is still important for Airbus because it gives the European manufacturer a foothold in Japan for its ultra-large aircraft whose future continues to be a matter of debate in face of an order drought.

The A380 is an abnormal aircraft in none respect – it is loved by the passengers who fly it but most airliners still balk at the risk of owning an asset that will be difficult to sustain during a downturn. Not surprisingly therefore, it is mainly the gulf-based super connectors such as Emirates that have ordered the big quad in significant numbers.

Boeing did not sell a single passenger version of its 747 Intercontinental but managed to place two units of its cargo cousin.

On the sales Boeing sold 41 units more wide bodies than Airbus whose A320 family remained the favorite in the single-aisle segment with 897 sales against Seattle’s 588 for the 737 family.

Airbus however retains the backlog crown with 6,787 yet to be delivered aircraft valued at US$996.3 billion against Boeings 5795.