May 1, 2018 in Business, Companies, Foreign News by Editor 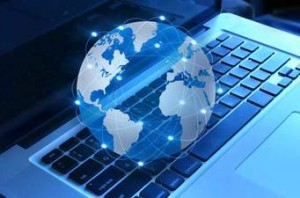 May 1, 2018 – In a battle reminiscent of Uganda’s struggle to wrest the .ug domain from a private citizen, a French-born American has sued the French government for taking control of the France.com web domain from him.

Jean-Noël Frydman, an American of French extract bought the domain France.com in 1994. Its ownership was however, transferred to the French government in March 2018. Frydman has now sued to get his business back.

He argues that he has built a substantial business around the domain that served the French-speaking community in the United States over the past twenty years and he even collaborated with several French governmental agencies, including the Ministry of Foreign Affairs, which would later sue for control of his web domain.

The legal battle mirrors a little publicised fight for control of the .ug web domain between the Ugandan government and Mr. Charles Musisi that has been going on since the mid 2000’s. In the Ugandan case, the Internet Corporation for Assigned Names and Numbers ICANN has stood by Musisi and has so far refused to transfer the domain to a Uganda government agency.

France employed a different tactic, falling back to French law and domestic courts to secure a decision in its favour. In September 2017, the Paris Court of Appeals declared that France.com was operating in violation of French trademark law, a ruling which forced web.com to transfer ownership of the domain to the Ministry of Foreign Affairs on March 12, 2018. Frydman was neither notified nor compensated.

Frydman employed the services of the Berkman Klein Center at Harvard Law School to help him wrest control of the website back from the French authorities in 2016 but to no avail.

‘“Defendants did not approach Plaintiff to purchase or license the domain, the trademark, or Plaintiff’s underlying business and goodwill. Instead, in 2015, Defendants misused the French judicial system to seize the domain from Plaintiff without compensation, under the erroneous theory that Defendants were inherently entitled to take the domain because it included the word ‘France,’” Frydman’s lawsuit reads according to Ars Technica.

Frydman filed a federal lawsuit in Virginia on April 19, in which he names the French Republic, Atout France (a French government tourism agency), the Minister and Ministry of Foreign Affairs and VeriSign, as the defendants. He claims the domain is worth millions of dollars a year.

“Starting in 1994, France.com was a pioneer in the use of the Internet for publication: it was the first company to distribute a daily French national newspaper on the Internet (Le Monde); the first to publish an online travel guide to France; the first to create an online hotel booking engine. Its other early innovations include the first viral success of the French-speaking Internet (Les Webs d’Or), and the world’s first hotel comments platform (a la TripAdvisor),” Frydman wrote on his LinkedIn profile.

“I’m probably [one of Web.com’s] oldest customers,” Frydman told Ars. “I’ve been with them for 24 years… There’s never been any cases against France.com, and they just did that without any notice. I’ve never been treated like that by any company anywhere in the world. If it happened to me, it can happen to anyone.”

In his legal filing, Frydman highlighted the fact that the French government had already ceded that it did not own the right to the word “France,” while also acknowledging that French authorities made no effort to buy or license the domain before initially requesting that it be frozen and then subsequently seizing it. The case also raises the issue of whether a country can seize a domain from a foreign resident, as such a move would set an extremely dangerous precedent.

This article was written partly using content from RT.com