KAMPALA, JUNE 1 – Airlines are feeling the impact of the collapse in commodity prices on […] 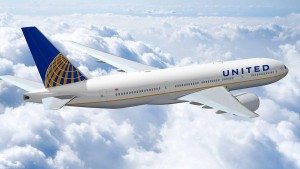 KAMPALA, JUNE 1 – Airlines are feeling the impact of the collapse in commodity prices on the Nigerian economy as they are unable to repatriate $575 million in ticket sales that remains trapped in the country, says the International Air Transport Association IATA.

Partly because of this, US carrier United Airlines is axing its Houston – Lagos service at the end of this month.

According to Aviation Week and Space Technology, the route was already in distress because it was dependent on United’s oil-industry corporate customers, who are not spending as much money on travel as in previous.

While United says the route was not lucrative and had been under-performing financially for several years, it adds that it was forced to cut the route because of significant, currency issues.

The airline has not been able to repatriate revenues sold in Nigerian naira since late 2015, forcing it to suspend sales says spokesman Jonathan Guerin,

“We had to essentially suspend these sales, which makes the route unsustainable, as about half of the revenue generated by the route comes from Nigeria point of sale,” Aviation Week quotes Guerin as saying.

According to IATA spokeswoman Katherine Kaczynska, Nigeria’s foreign-exchange reserves have been depleted by the global fall in commodity prices, resulting in a scarcity of U.S. dollars.

The Central Bank of Nigeria has been unable to service foreign-exchange demand, she said noting that the issue is facing industries besides aviation.

“The inability of airlines to access foreign exchange in Africa’s largest economy, if not solved, will affect air-transport services to, from and within Nigeria, and undermine the country’s position as West Africa’s aviation hub,” Kaczynska said.

IATA said it was working with the Nigerian government, and some money has been released to airlines. But IATA adds a “significant backlog” remains.

Nigerian Vice President Yemi Osinbajo is pleading for patience asking stakeholders “to agree on a realistic and achievable payment schedule to settle the backlog of blocked funds.”

The situation in Nigeria mirrors a similar occurrence in South Sudan that a couple of years ago forced Kenyan carrier Jetlink into liquidation after it failed to repatriate some $5 million in ticket sales out of Juba. South African brewer SAB Miller was also forced to shut down its Juba based unit after failing to secure foreign exchange for input imports while telecom operator MTN has been forced to halt expansion and cutback operations.