Airbus sprints off with 170 aircraft order at Dubai Airshow 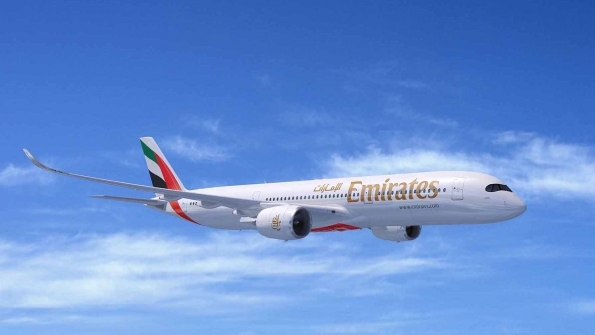 Airbus scored significant victories on the second day of the Dubai Airshow, announcing major orders for […]

Airbus scored significant victories on the second day of the Dubai Airshow, announcing major orders for its flagship A350 and A320neo families.

The first announcement involved a 50 aircraft order by Emirates Airline which converted a previous MoU for a mix 70 aircraft into a firm commitment for fifty examples of the Airbus A350-900.

Later in the day Air Arabia announced a 120 aircraft order for the A320neo. The orders lifted the pall off the show that opened on Sunday with an announcement for just  a pair of B787’s.

The Emirates order is being seen as part of the carrier’s plans to fill the gap created by the cancellation of an outstanding order for 39 A380-800’s whose production ceases in 2021. The A350’s will be delivered over a period of five years starting May 2023.

When Airbus announced that it had decided to terminate the A380 programme, Emirates and the airframer tentatively negotiated a deal involving 40 A330neos and 30 A350s. Today’s deal effectively takes the A330neo out of the frame for now and means Emirates final tally of A380’s will stop at 123 aircraft as opposed to the 162 that were on order. With 112 A380’s already delivered, Emirates will accept another 11 airframes between now and 2021 when production of the type ceases.

Until today’s order, Emirates had only the A380 and Boeing 777 in its fleet. Sheikh Ahmad Bin Sayeed Al Makhtoum, Emirates Airline Group Chairman and Chief Executive says the A350 will add more flexibility to the fleet.

Meanwhile part of Air Arabia’s A320neo order will be used to replace capacity as well as support growth. The Sharjah-based low-cost carrier has broken its order into 73 A320neos, 27 A321neos and 20 A321XLRs. 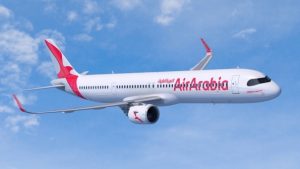 Air Arabia’s Chief Executive Adel Ali says the order will facilitate the carrier’s growth over the next decade. Deliveries will start in 2024 which is when the first production slots for the type open up at Airbus.

The carrier is looking to open new routes into Africa, South-East Asia and Europe.

The other order of the day was a commitment for 10 B737Max-8 by Turkish leisure carrier SunExpress.