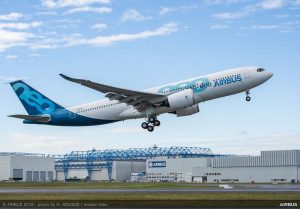 Deliveries were led by the A320 family line which closed the year with 626 units handed over to customers compared to 558 in 2017. Widebody deliveries totalled 154 unit comprising 12 A380’s, 93 A350’s and 49 A330’s which included three units of the 900neo which were handed over to launch customer TAP Portugal.

Tentative orders for the A330neo by Uganda and Rwanda are yet to feature in the backlog. It is understood Rwanda will be taking its pair of A330-900’s from a lessor while Uganda  converted its MoU for a pair of -800neo’s into a firm commitment during the last week of December.