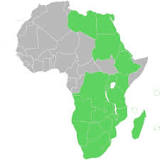 The African Continental Free Trade Area (AfCFTA), billed to be the world’s largest free trade area by population will go live on May 30, after securing the minimum of 22 ratifications on April 29.

First endorsed by 44 countries in Kigali in March 2018, the AfCTA has been subscribed to by all African countries except Nigeria, Benin and Eritrea. While signing up to the deal, leaders also agreed that the free trade zone spanning three trading blocs in Eastern, Southern, and Western Africa would come into force as soon as it was ratified by 22 countries. Those epoch changing ratifications came from Sierra Leone and the Sahrawi Republic on April 29, setting the stage for Thursday’s launch.

AfCTA reduces tariffs on 90pc of goods produced in Africa, opens up a market of some 1.2 billion people, with a combined GDP worth USD 3.4 trillion. It is expected to boost intra-African trade by 52.3 percent and attract more investment to what is now seen as a consolidated market. It is estimated that African trade woud expand by 50pc over a five year period if Nigeria acceded to the pact.