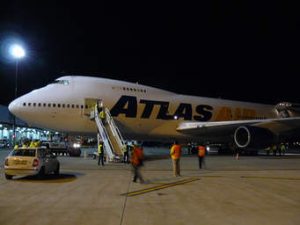 Revenue Passenger Kilometres RPK’s rose 6pc, a slowdown from 6.8pc in August while demand for freight shrank 2.1pc compared to the same period in 2017.

In its latest analysis of demand based on data from member airlines during September, the International Air Transport Association’s IATA, says capacity rose 4.9pc alongside a 0.8 rise in cabin factor to push the average load factor to74.6pc.

Cargo dipped for the sixth time in seven months against 6.2pc growth in capacity year-on-year.

IATA says that after a peak in demand at the end of 2017, seasonally-adjusted international freight volumes have stopped declining and recovered sharply in recent months. However, they remain 6pc lower than the November 2017 peak with soft demand conditions holding on all key markets to and from Africa.

Globally, with the exception of the US, manufacturing export order books have contracted during the month. The resulting longer manufacturing lead times in Asia and Europe have negated the need for speed on which air freight thrives.

“At 2pc growth in September, demand for air cargo was well below the five year average of 5.1pc. Weakening order books and longer delivery times are undercutting the need for air freight in many traditional markets. But there is also some positive news. For example, strong consumer confidence goes hand-in-hand with expanding international e-commerce trade to give air cargo a boost. The bigger message for the sector is the need to modernize processes. There is some progress with the electronic air waybill becoming the default document on enabled trade lanes from 2019. But there is much more that must be done with governments and the supply chain to bring air cargo processes into the modern era,” said Alexandre de Juniac, IATA’s Director General and CEO.