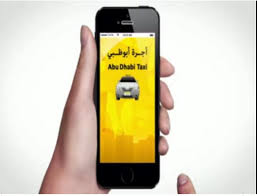 The commuters also left behind 3,353 wallets, 2,498 handbags, as well as ATM cards, sunglasses, keys and medicines in the cabs, said Khowla Al Daheri, call center head at the Integrated Transport Centre, which regulates taxi and limousine operations in the emirate.

“We even found 23 umbrellas. Fortunately, in 1,677 instances of items left behind in public taxis, the items were returned to their rightful owners,” Al Daheri said.

These rightful handovers made up 57 percent of all lost-item reports in taxis.

“In nearly 85 percent of cases, we successfully manage to track down the taxi [passengers], but the return rate is lower because items are sometimes taken by other passengers before they are reported as lost, or they have actually been left behind elsewhere. This is why we always urge greater vigilance among customers,” Al Daheri said.

The center, formerly known as TransAD, currently manages the services of a fleet of 7,645 taxis, which undertook 73.4 million trips between them last year.

Al Daheri was speaking following the launch of the center’s updated smartphone application for booking taxi services. The update includes a number of new features, and these will allow customers to complete more transactions without having to contact the call center.

For instance, commuters can report lost items through the application, including details like pickup and drop-off location and the fare paid. They also still have access to a fare calculator that provides information on how much a trip is likely to cost. Tariffs for taxi use at different times of the day are also specified, and about 40 of the most common queries are answered in an FAQ section, including how to cancel a taxi booking and how to register a complaint.

“If you book a taxi through the app, you can also see a history of previous bookings, and through this, you can rate the trip and driver as well. In addition, customers can get a copy of their receipt,” Al Daheri said.

The taxi regulator’s call center receives about 20,000 calls every day, which are fielded by a team of 36 agents.

“Call center agents currently undertake about 80 percent of all customer interactions, but we have also found that customers however prefer quick, automated services when they call in. This is why we hope that the use of the smartphone application will soon increase to represent up to 70 percent of all interactions,” she said.