58 banks in Tanzania as mobile money rolls on 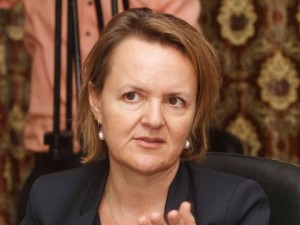 April 12— Tanzania presently has 58 banks and a per capita reach of 2.5 bank branches and 6.4 automated teller machines (ATMs) per 100,000 adults, but the country continues to score highly in financial inclusion due to the mobile money revolution.

From less than 200,000 subscribers in 2008, the total number of registered mobile money user accounts grew rapidly to 53.3 million by the end of February 2016. According to the latest Tanzania Economic Update released by World Bank, 17.6 million active users conduct at least one transaction within a window of 30 days.

Commenting on the report titled, ‘Money Within Reach: Extending Financial Inclusion in Tanzania’, Bella Bird, the World Bank Country Director for Tanzania, Somalia, Burundi, and Malawi said, “The mobile money revolution has made a tremendous impact on the lives of millions of people who can now send and receive money and thus save at low cost.”

The report states that there has been extraordinary progress in bringing the majority of Tanzanians into the mobile money revolution, mostly by adopting an efficient, low-cost mobile money transfer system. However doing more to support the much larger, formal financial system is now critical for the growth of the country’s business sector and its ability to mobilize savings and gain access to affordable credit.

William Battaile, the World Bank Lead Economist, who wrote the report said, “Financial development can make an important contribution to Tanzania’s development. Supportive government policies and access to affordable credit are necessary to crowding in private investment, especially for the micro, small, and medium size enterprises vital for inclusive growth and poverty reduction.” 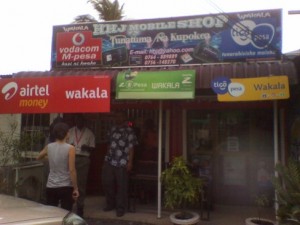 Some 17.6 million active users of mobile money conduct at least one transaction within a window of 30 days across the country.

Bird said, “With more effort, the remaining one-third of Tanzanians could also have access. Access to credit through the formal financial sector, however, remains a critical constraint to the growth of the domestic private sector, and thus a constraint on growth and to poverty reduction.”

The World Bank report shows, however, that greater efforts are needed to fully capitalize on these developments to reach the very last customers and expand access to credit to the private sector, enterprises, and entrepreneurs, including more women and young people.

The economy has continued to record relatively strong performance, with low inflation and growth above its regional peers. Real GDP growth for 2016 is estimated near 7%.

The short- to medium-term macroeconomic outlook remains stable, though emerging risks need to be carefully managed, including budget implementation and private sector development. To maintain and increase the momentum, Government will need to focus on three key growth enablers: continued macroeconomic stability; the effective implementation of public investments; and supportive policies to promote private sector investment and growth.