December 15, 2016 in Business, Companies by Editor

KAMPALA, DECEMBER15 –www.256businessnewsssnews has just leaned that South Africa based Zimbabwean entrepreneur and founder of Econet […] 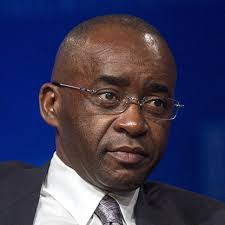 KAMPALA, DECEMBER15 –www.256businessnewsssnews has just leaned that South Africa based Zimbabwean entrepreneur and founder of Econet Wireless, Strive Masiyiwa, is the mystery buyer behind the  acquisition of WBS television which officially closed shop yesterday.

Details of the value of the transaction were not immediately available but it can be safely said that they are close to the station’s liabilities. The full extent of WBS’s indebtedness is not known but the station was placed under receivership last May as the Uganda Revenue Authority moved to recover Ushs 7 billion in unpaid taxes.

WBS’s receiver manager Karamagi Kabiito officially communicated the station’s closure on Tuesday. In comments to as ection of media yesterday, URA’s junior Commissioner for Public and Corporate Affairs Ms Sarah Banage confirmed that WBS’s broadcasting licence and other assets had been sold to an investor. She also confirmed that WBS’s creditors were yet to agree a formula for sharing the spoils from the sale.

Strive Masiyiwa, Zimbabwe’s richest man is the founder of Econet Wireless the largest mobile phone network in Zimbabwe. It also operates in Burundi, Botswana and Lesotho.