April 28—The World Bank sees crude oil prices rising to $60 a barrel next year, but […] 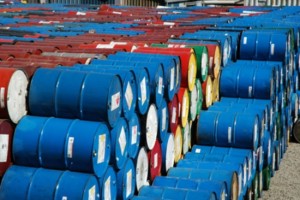 Gradual cutbacks by OPEC members is expected to drive prices up, but this also depends on the activity in United States shale industry.

April 28—The World Bank sees crude oil prices rising to $60 a barrel next year, but in 2017 the average price will hover about $55 as cutbacks by the major oil exporters take effect. Oil is presently trading around $50, but this time last year a barrel was selling at $45.

Good news for Uganda if the trend continues, because the government is still looking at selling its first commercial oil in 2020. On the other hand prices for beverages like coffee and cocoa are expected to fall due to over-supply. Last year, Uganda exported almost $400 million worth of both Robusta and Arabica coffee.

In its April Commodity Markets Outlook, the World Bank is bullish about energy commodities. ‘The crude oil price forecast for this year is at $55 per barrel, increasing to an average of $60 per barrel in 2018. ‘Rising oil prices, supported by production cutbacks by Organization of the Petroleum Exporting Countries (OPEC) and non-OPEC states, will allow markets to gradually re-balance. These oil price forecasts are subject to downside risks should the rebound in the United States shale oil industry be greater than expected’, the report reads in part.

Prices for energy commodities, which also include natural gas and coal, are projected to jump 26% this year and 8 percent in 2018. In line with oil price forecasts, natural gas is anticipated to gain 15 percent this year, led by a jump in U.S. prices. Coal is seen climbing 6 percent in 2017, due to earlier supply restrictions in China, which consumes half the world’s coal output.

Beverages prices are forecast to drop more than 6 percent in 2017 due to greater-than-expected supply. Agricultural raw materials are projected to rise 4 percent. The end of the El Niño/La Niña cycle limits upside price risk for the 2017-2018 agricultural commodity forecasts.

Prices for non-energy commodities, which include agriculture, fertilizers, and metals and minerals, are forecast to increase in 2017, the first rise in five years. Metals prices are projected to jump 16% this year due to strong demand, especially from China, and supply constraints, including mine disruptions in Chile, Indonesia and Peru.