Home » Infrastructure » Communications » Will Smart Telecom survive the fire of disruption it has ignited?

Will Smart Telecom survive the fire of disruption it has ignited?

KAMPALA, JULY 5 – In a possible replay of the events of February 2008 when Middle-Eastern […] 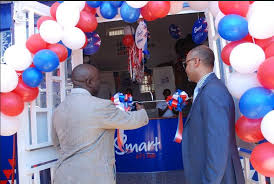 KAMPALA, JULY 5 – In a possible replay of the events of February 2008 when Middle-Eastern upstart Warid upset the market with an aggressive pricing model, Uganda’s’ telecom majors once again face a season of disruption as AKFED funded Smart Telecom joins the money transfer business with rock bottom prices.

Smart has launched Smart Pesa, its mobile money product in Uganda with a flat charge of Ushs100 for transaction of up to Ushs 4 million across all networks. Withdrawing Ushs 4 million will be charged ushs45,000. That compares with the Ushs70,500 charged by incumbents for similar transactions off net. Airtel and MTN both levy a fee of Ushs2200 for sending similar volumes on-net and Ushs35,200 for withdrawals.

The development has already elicited a response from MTN which has announced a Mobile Money loan product. While Airtel was yet to unveil its counter-strategy, analysts were now focusing on Smart’s capacity to ride the wave of competition on the terms it has set.

Pointing to Warid which in 2008 drove a sharp reduction in voice tariffs that prevail up to today but was unable sustain the game forcing it to sell to rival Airtel in 2015, analysts warn that Smart may well end up becoming a victim of the dilution of revenues from the mobile money stream.

After ARPU collapsed to record lows on the back of growing subscriber numbers and tariff erosion, the incumbents reached a gentleman’s agreement not to rock the data market. Mobile money and data have since become cash cows for the industry – a status quo that Smart now threatens to upset.

According to sources familiar with the telecom industry, the risk for Smart lies in the fact that incumbents with fairly mature networks are better positioned to ride the slump in revenues while Smart will be struggling to reach breakeven; a precarious situation in which even raising capital from the markets becomes difficult.