Will Brookside save Rwanda’s dairy farmers?

March 03 – On the receiving end of yet another milk glut this year, Rwandan farmers […] 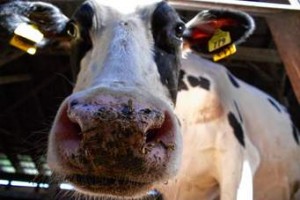 March 03 – On the receiving end of yet another milk glut this year, Rwandan farmers will obviously see it differently as the country  grapples with what planners might see as a ‘good problem.’

For several years now, Rwandan farmers suffer not just a dip in farm gate prices for milk but thousands of litres of unsold milk as processors become choosey during peak production. This year, farmers were selling a litre of milk at just Rwf 70, hardly 10Us cents for litre although retail prices of the processed product have only marginally dropped to Rwf 450 per litre, just Rwf 100 off their off-season peak.

Seeking to improve incomes and nutritional status through access to animal protein and tradable goods, the government sponsored ‘Girinka’ (to gift a cow) programme, saw thousands of poor households and low income public servants such as teachers, each get a cow under a traditional practice in which the better to do members of the community lend a helping hand to their less fortunate compatriots.

As milk production increased however, there was no corresponding investment in processing capacity. Total processing capacity is just under 400,000 litres daily, although most processors operate at less than half their installed capacity for lack of adequate warehousing.

The problem is partly linked to the nature of the programme itself. With small herds scattered over a wide geographical area in sometimes demanding terrain, farmers were grouped into production clusters. But nobody could accurately project the trajectory of the Girinka’s outputs, leading to conservative estimates.

But hope is on the horizon. Though it has not been officially confirmed, Kenyan dairy products giant Brookside is understood to have bought into Inyange Industries, the largest processor with a daily capacity of 100,000 litres from its three plants.  This has raised the prospects for expansion. In the interim, Brookside tankers have been seen ferrying milk from Rwanda across the border into neighbouring Uganda where the company also owns Dairy Corporation.

256BN was not able to get a comment on how the government plans to resolve this problem. Neither Ms. Geraldine Mukeshimana, the minister for Agriculture nor Dr. Theogin Rutagwenda, the director of the Rwanda Agricultural Development Agency RADA, answered our calls. Compared to the acute scarcity of milk during the nineties and the first decade of the new millennium however, planners may be looking at the current predicament as a ‘better problem.’