KAMPALA,APRIL12 – The dramatic takeover of the management of WBS Television by the Uganda Revenue Authority […] 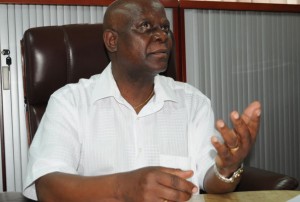 KAMPALA,APRIL12 – The dramatic takeover of the management of WBS Television by the Uganda Revenue Authority this week is unprecedented and surprising. Surprising because the tax authority has been lenient for so long and had it chosen, could have opted for more drastic measures much earlier. What should be surprising then, is that it took the URA so long to act.

While the URA’s action has shocked the public it is important to note that WBS’s default has nothing to do with the business environment. That it was able to rack up such a tax liability means it was at least generating revenue but deferring its tax obligations.

That style is not completely out of sync with tycoon Gordon Wavamunno’s eccentric management style. For decades, workers at WBS have mourned over their employer’s management practices that swing between egocentrism and ailing to assure security of tenure, to favoritism. Working at WBS was a fortuitous experience and many endured it for lack of a choice or to prove themselves to the market as they looked out for greener pastures.

It is no wonder therefore, that many of the stars on the more successful TV channels in Uganda today, cut their teeth at WBS.

Like many businessmen of his era, Wavah was moulded in the alleys of Uganda’s dark economy, the years when formality broke down and native instinct took over. The indigenous tycoon class emerged and succeeded in those years because of their ability to respond to the changing operating environment with rather impressive precision. Many of his contemporaries still thrive but only for so long. Times have since changed and continue to change; the smarter ones have once again adapted and learned to respect the new order. For some reason, Wavah remained stuck in the past.

And just like he often times chose to pay his workers only when it suited him, he decided or thought that he could live with the taxman on his own terms. Times have proved otherwise and he has been edged out of the day to day running of an enterprise that emotionally means so much to him.

Yet the events of yesterday, where he handed over management to a team of intellectuals selected by the URA, maybe the best chance at survival for WBS. The television channel has been in decline for several years as Wavah was unwilling to do the things that could save his jewel.

The appointment of professional managers therefore creates the opportunity for WBS to be run like any normal business. If WBS’s affairs are not  past tipping point, this may be the event that sets the business on a new course of prosperity and after the dust is settled, Wavah may one day want to thank his tormentors.