Why the 10th Parliament should not miss the Financial Inclusion boat

Ernest Wasake KAMPALA, MAY 12 -May 11, marked the last day of business for the Uganda’s […] 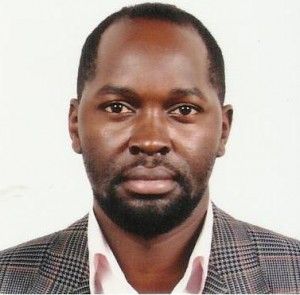 KAMPALA, MAY 12 -May 11, marked the last day of business for the Uganda’s ninth Parliament. A quick look reveals that in the evening of its tenure, the house passed a small number of substantive bills with implications for financial inclusion. Notable examples are the Financial Institutions Act (Amendment) 2015, (FIA) passed on January 6, 2016 that had been in waiting for over four years; the Tier IV Microfinance Law – in waiting for 10 years but finally passed on May 4, 2016 and now pending assent by the President, The Anti-Money Laundering Bill (2013) on July 10, 2013 and the Registration of Persons Act (2014) passed January 2015.

The passing of the Financial Institutions Act (FIA) has generally enjoyed positive reviews, particularly by the banking sector, who have been anticipating the introduction of Agency Banking, a form of banking that allows commercial banks to use third-party agents such as established businesses to carry out basic banking functions on their behalf (deposits, withdrawals, balance checks, etc). In so doing they expand the bank’s network and reach without having to incur the high costs of setting up brick and mortar branches.

Another benefit from the passing of the FIA for the Banking sector is that commercial banks can now rationalize their branch networks through closures as some banks – like the leading commercial bank Stanbic Bank has already done – merge some of the less competitive branches, whose business may have been a loss-leader, into single more realistic branches, or Customer Services Points. Stanbic’s move has been emulated by its peers with StanChart and Ecobank following closely and more certainly to follow. One cannot blame the banks for taking such measures, as recent results from the end-year financial statements 2015 of most commercial banks have revealed an unflattering picture for the banking sector, many registering losses on their balance sheet. Indeed agency banking will alleviate some of these challenges of running loss-making branches, which for some banks, has only continued as a moral decision to maintain the public’s confidence in the banking sector – nothing reeks of a failing sector than closure of a bank branch. Agency Banking will indeed be a cost-reduction strategy for some commercial banks (especially those with several branches). To this effect the Bank of Uganda (BOU) has recently ordered a conservation buffer of 12 percent for domestically systemically important banks such as Stanbic Bank, Standard Chartered Bank, and Citi Bank, to reinforce confidence in the financial sector in Uganda.

The last-minute passing of the Tier IV Microfinance Law (May 4th 2016) comes as a relief for the cooperative societies of Uganda. Thelaw mandates the BOU to regulate Savings and Credit Cooperative Organizations (SACCOs), and Village Savings and Loan Associations (VSLAs) which have not been regulated by the Central Bank. The law also mandates creation of the Uganda Microfinance Regulatory Authority (UMRA) which will oversee the sector. The move is timely, with Uganda boasting of over 500,000 SACCOs, which in rural Uganda, are the first point of contact for formal financial services and savingsin rural areas. Use of informal service providers (SACCOS, VSLAs, and ROSCAs) is predominant at 35 percent followed by non-bank formal institutions at 32 percent. The number of adults having accounts with SACCOs increased almost fivefold — from 128,000 in 2009 to 622,000 by 2013. Saving with formal banks remained low at about 19 percent, nationally (Finscope 2013). With rampant fraud and money management incidents, their regulation is a welcome development, as these organizations are usually run in an ad-hoc fashion with limited structures.

The Anti-Money Laundering Act (2013) (AML) was also passed during the ninth Parliament, although this law has since been returned to the house on recommendation by the International Monetary Fund (IMF) that Uganda’s Anti-Money Laundering/Counter Finance Terrorism (CFT) provisions in the law were not up to date, with recent developments and requirements by the Financial Action Taskforce (FATF) the AML international governing body.

Parliament, through 2014, at the behest of then Minister of Internal Affairs, the late General Aronda Nyakairima fast-tracked the passing of the Registration of Persons Act (2014), a Bill that made it mandatory for all Ugandans to register for the National ID – an essential requirement for the access of formal financial services. The Bill also regularized the operations of the National Identification registration process which has now seen up to 18 million Ugandans registered for the National ID, and up to about 15 million cards issued. The registration exercise is now being conducted at the district level. The National ID project has so far registered major successes and remains a major opportunity for stakeholders in the financial sector to synchronize their Know-Your-Customer (KYC) requirements and processes with the National ID.

A stock-take of the ninth Parliament reveals that there were some misses – particularly with the last-minute approvals of the budget process, usually marred with several last-minute changes, that have recently seen the budget reading, bearing several discrepancies from the budget framework paper – highlighting a serious flaw in the process, with the Uganda Revenue Authority inadvertently being a herculean task of collecting revenues which some analysts say have been against unrealistic targets.

The Uganda Revenue Authority felt the pain of an economy that was in the middle of an uncertain electoral period, coupled with high operational costs, as it recorded a revenue shortfall that placed its prospect of hitting its annual target in balance. The Uganda Revenue Authority (URA) registered a shortfall of Shs 242.6bn ($72m) between January and March this year as the business community remained uncertain over the outcome of the electoral process. Indeed such targets for collection, led to the increase in taxes on Mobile Money and Banking Transaction with a 10 percent increase in excise duty (Excise Duty Amendment Bill 2014) on transactions – a move that has made use of formal financial services a little more expensive, for the rural poor, who have only begun to utilize Mobile Money as their first form of formal financial services.

The swearing in ceremony for the 10th Parliament is slated for Monday May 16.. At this stage it’s hard to say what the position of the new Parliament will be in regards to priorities on financial inclusion, but it is safe to say, that as the new MPs are sworn in, they present an opportunity to introduce the agenda of financial inclusion to the respective committees that will look into this subject.