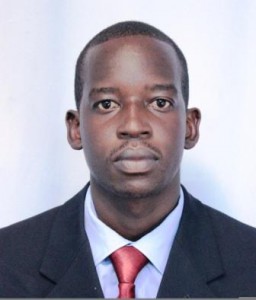 During the recent East African Community (EAC) Heads of State Summit, held on March 2nd, 2016 in Arusha, Tanzania, the Republic of South Sudan was admitted to the regional bloc as its newest member. This new development in the bloc provides an exciting opportunity for increased regional trade as observed by the East African Legislative Assembly (EALA) that South Sudan’s joining of the bloc will enhance co-operation and integration between the EAC Partner States. Exporters in other EAC Partner States, with vast business interests in South Sudan especially, Uganda and Kenya welcome the membership of South Sudan in the EAC for the sake of securing their own markets.

Uganda is well positioned, both geographically and culturally to take advantage of South Sudan’s entry into the regional bloc. Following the restoration of peace, especially from 2005, many Uganda business people moved to South Sudan in order to take advantage of market opportunities and Ugandan exports soared to this new market. According to the Uganda Bureau of Statistics (UBOS) 2015 statistics, Ugandan exports to South Sudan increased from USD 132,816 million in 2012 to USD 399,766 million in 2014, dislodging Kenya which saw an increase in exports from USD 334,027 in 2012 to USD 390,321 in 2014, as the main export destination for Uganda in the region. Ugandan exports to South Sudan are both formal and informal. Formal exports include; coffee, cement, vehicles, iron and steel products, mineral water, soap, beer, beans, vegetable fats and oils sorghum and maize etc. Informal exports on the other hand include shoes, clothes, maize flour, beer, human medicines and soda.

In spite of this increased trade with South Sudan, a number of challenges continue to hinder Uganda’s trade with the country. These include delays in clearance of goods due to limited opening hours of Sudanese customs, poor customs infrastructure and high levels of insecurity especially since the outbreak of violence in 2013. This is in addition to poor transport infrastructure within Sudan, numerous roadblocks and fees, as well as the highly informal nature of business operations in the country. These challenges need to be addressed from a regional perspective and should stimulate the Government of South Sudan into taking the necessary steps to facilitate trade with its regional partners.

Once the country ratifies the treaty and deposits the instruments of ratification to the EAC; it will have to implement the agreed Protocols for instance the Common Market Protocol (CMP) which provides for free movement of goods and services as well as labour across the region.

The implementation of the CMP is perhaps the most crucial yardstick upon which Uganda can measure the impact of South Sudan’s membership to the EAC. This is because being an immediate neighbour, there has traditionally been movement across the borders especially for informal cross border trade between the two countries although, the Ugandan business community has in the past complained of mistreatment in South Sudan. This new development must address such occurrences by assuring the Ugandan business community of a stable and predictable legal and administrative regime upon which to operate successful businesses in South Sudan.

Much as Non-Tariff Barriers (NTBs) remain a challenge to intra-regional trade at the EAC level, the ones experienced in accessing South Sudanese markets are expected to reduce to the benefit of Ugandan exporters. Since South Sudan is now Uganda’s biggest export destination in the region, addressing NTBs in the country provides a much bigger benefit to Uganda than other EAC Partner States.

In addition, the membership of South Sudan to the EAC brings the total population of the regional bloc to around 162 million people. This presents an increased market opportunity for Ugandan firms as well as nationals interested in seeking employment opportunities within the region as the human resource capacity of South Sudan is still low. Uganda stands to benefit from increased investment opportunities which can be stimulated by a larger market in the region.

However, for Uganda and the EAC to optimally benefit from South Sudan’s membership to the regional bloc, it is pertinent for security to be prioritised. The recent South Sudan military conflict has had a negative impact on investment and trade relations between Uganda and South Sudan, especially in northern Uganda. A regional collaborative effort is therefore crucial to ensure that peace prevails in South Sudan since peace provides the foundation for increased trade and contributes to economic growth and development.

Uganda should therefore, together with regional partners push for institutional and administrative reforms to facilitate trade in South Sudan. These reforms should address the current constraints to trade with South Sudan, in addition to the critical issue of ensuring peace and stability.