Home » Opinion » Columnists » What will Museveni do with 13 million angry Ugandans?

What will Museveni do with 13 million angry Ugandans?

If this was the beginning of the contest, we would have said ‘may the best man […] 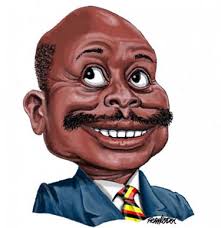 If this was the beginning of the contest, we would have said ‘may the best man win.’ That man is now President Yoweri Museveni who polled 60.75 percent of the ballot in the 2016 presidential election. Extrapolated against a national population of 35 million, that leaves 13,737,500 Ugandans that do not approve of his rule.

The question now is how is Museveni going to react to this statistic? Will he take a sectarian approach in which those areas that did not vote for him are punished for their choice or will he to the occasion to become a statesman?

We hope so. On the campaign trail, candidate Museveni has been telling voters in opposition led constituencies that they were not getting social services because they had voted for candidates that could not reach him to lobby for their share of public goods. That suggests that Museveni and the National Resistance Movement are a vindictive lot that take it out on citizens for simply exercising their constitutional right.

Such statements are not only appalling but they go against the social contract. They are also a throwback to the days of the regime that President Museveni replaced 30 years ago and a total contradiction of the decidedly anti-sectarian diction that he preferred back then.

One can argue that there are perhaps only 4 millions Ugandans that do not support the regime but 4 million angry Ugandans are way too many. Museveni should also look at the election statistics carefully. Compared with the last election, his main challenger added more voters to his lot than the incumbent.

Now that he is president once again, Museveni should turn attention to the immediate challenge facing Uganda.

Growth is sluggish and the economy is not generating enough employment to absorb the ranks that are graduating into the job market. National debt is piling up and social service delivery is not equal to the money being spent.

Security is a challenge and discipline among the armed forces is sliding. Bringing back faith in the state should be Museveni’s guiding goal.