August 3, 2018—The current trend of a weakening shilling against the United States dollar is causing […] 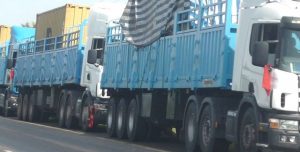 Ugandan construction and manufacturing felt the weakening shilling much more than other sectors due to higher prices for imported inputs.

August 3, 2018—The current trend of a weakening shilling against the United States dollar is causing prices of imported inputs to rise, affecting the construction and manufacturing sectors as inflation rose to 3.1 percent in July from 2.2 percent in June.

A rise in fuel prices, which account for a quarter of all imports, during July had a notable effect on several industries across Uganda.

This is the highest Headline Inflation rate recorded since December 2017 and may push Bank of Uganda (BoU) to shelve any further cuts in the Central Bank Rate (CBR), the benchmark for commercial banks to set prime lending rates. The CBR is presently at 9 percent, but Core Inflation at 0.9 percent is well below the threshold of 5 percent that influences any dramatic up and down movements of the CBR.

Irene Musitwa, a statistician at Uganda Bureau of Statistics (UBOS) said on Thursday, “Under the review period, we saw the costs in the construction sector moving up.  This was due to the increase in the cost of imported inputs such as diesel, steel bars, electrical wires and yet our currency was not strong against the dollars during the period which forced costs to go up.”

Figures from the Interbank Average Exchange Rate provided by BoU, show that at the end of January 2018 the Uganda shilling stood at UGX3621 buying and UGX3631 selling. However by the end of July, the rates were UGX3698 and UGX3708.

According to the latest Construction Sector Indices report, the average input  prices for the whole sector increased by 2.6% for the year ending June 2018 compared to 1.1% increase  for the year ended  June 2017.

UBOS says prices increased faster for transport (12.1 pc from 8 percent in June); housing and utilities (9 percent from 8.7 percent); furnishings and household equipment (4.2 percent from 4 percent); miscellaneous goods and services (2.3 percent from 0.9 percent) and recreation and culture (1.4 percent from 1.2 percent).

On the other hand, business sentiment as represented in the monthly Stanbic Bank Purchasing Managers Index (PMI) has remained above 50.0 since its launch last April and the July report is expected early next week.