May 10, 2017 in Communications, Companies, Investment, Technology & Telecoms by Editor 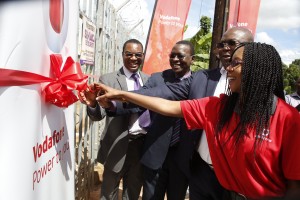 John Ndego, the Vodafone Uganda Chief Executive said. “Expanding our network into the Mukono and Seeta areas does not only align with our brand ethos and vision; to empower everybody to be confidently connected, but is also a critical pillar in our strategy to optimize our network. We are steadily extending exciting opportunities for unmatched online experiences, interactions, networking and knowledge sharing, especially for the youth and SMEs.”

“We envision an empowered, self-made, innovative and creative generation and I am delighted that consumers and businesses will now experience Vodafone’s high speed data services,” he said.

Mukono is the third major district on Vodafone’s expansion roll- out plan after Greater Kampala and Entebbe and is expected to positively impact both private and public sectors by providing fast and reliable internet services.  Greater Kampala largely covers areas around Kampala’s five divisions and parts of Wakiso district. The Entebbe area covers Entebbe road as well as Entebbe town. 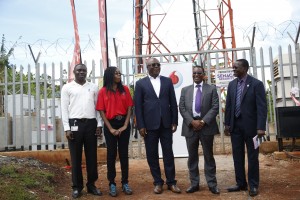 Mayor Kagimu (centre) said ICT is the tool of the future and the means of creating new economic opportunities.

“Information and Communications Technology is the tool for the future. The primary goal is therefore, to improve and broaden equitable access of this tool as a means of creating new opportunities for social- economic development in Uganda,” His Worship George Kagimu, the Mayor of Mukono said at the official launch.

“At Vodafone, we believe that we have the network and you have the power. We would like to make Vodafone coverage accessible to many people, so that they can be empowered to live their best life today. It is because of this that we have plans for further expansion and consolidate the network to serve our customers better and reach new customers,” Ndego said.

The roll out of the Vodafone network in Mukono for consumers and businesses will include the opening of Vodafone branded dealer shops and kiosks in key locations which in turn will ease unemployment.