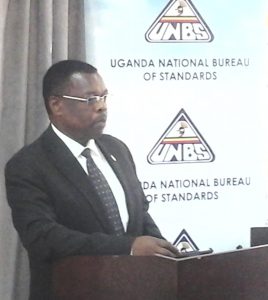 Manyindo said the present situation over vehicle inspection is temporary while a new system is developed.

August 14, 2018— Several vehicle importers under their umbrella, Associated Motor Dealers 2015, have petitioned parliament over what they believe is the high import inspection fee charged by  the Uganda National Bureau of Standards (UNBS). UNBS charges $300 per vehicle.

Spokesperson, Francis Kanakurya said recently, importers do not mind UNBS inspecting the vehicles, however their main concern is about the amount charged compared to the services offered.

“Contrary to what the other foreign companies have been doing, UNBS mainly does visual inspection which really shouldn’t cost this much money” he said. He said the fee is affecting the sector, because importers have to pass on this cost to customers which means higher retail prices.

The importers brought in an example of the local inspection company SGS that does mandatory inspection for road worthiness at $30 (about UGX112,000) dollars and yet it does more improved inspection of the vehicles

“When you consider what SGS does in terms of inspection and what UNBS is doing and the charge from each, it is clear that SGS does more at a favourable charge” argued one of the importers told 256BN.

However UNBS executive director, Ben Manyindo said, although these complaints maybe legitimate, there is nothing that can be done about the charge until UNBS reviews Schedule 2 of the Imported Inspection and Clearance Regulations (2018).

Last month, Manyindo issued a directive saying that all used vehicles that do not bear road worthiness stickers or a certification from any of the three suspended former service providers must be inspected by UNBS before being registered by Uganda Revenue Authority. Manyindo also clarified this is a temporarily arrangement until investigations are done on the issue.