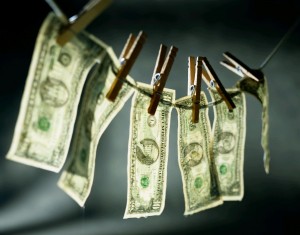 In March, the Uganda Parliament passed a Bill that strengthened an earlier law and closed off loopholes to financing terrorism.

June 6—A plenary meeting of the Financial Action Task Force (FATF) is scheduled to take place between June 18 and 23 in Valencia, Spain which could determine Uganda’s exit from the ‘grey list’ by the end of the month.

This follows Parliament’s passage of the Anti-money Laundering (Amendment) Bill 2016 in March. The amendments strengthened an earlier anti-money laundering law and now place Uganda firmly among compliant countries. A speedy assent by President Yoweri Museveni of the Bill into law could mean Uganda being struck off the list sooner than later.

At the beginning of the year, visiting International Monetary Fund (IMF) managing director, Christine Lagarde and a subsequent IMF mission in Kampala at the end of April also raised the issue of a quick exit. The FATF Plenary is the decision-making body and meets three times a year in October, February and June, but its proceedings are not open to the public.

The FATF is an inter-governmental body set up in 1989 by the Ministers of its Member jurisdictions. Uganda’s is under the jurisdiction of the Eastern and Southern Africa Anti-Money Laundering Group (ESAAMLG). The Paris-based FATF is at the centre of the latest consumer due diligence (CDD) guidelines being adopted by banks around the world to combat terrorism financing.

FATF sets standards and promote effective implementation of legal, regulatory and operational measures for combating money laundering, terrorist financing and other related threats to the integrity of the international financial system.

FATF is not an enforcement agency nor does it carry out investigations or prosecutions, but it possesses a global clout in matters concerning international transfers of money made from illicit activities. It considers itself a ‘policy-making body’ which works to generate the necessary political will to bring about national legislative and regulatory reforms in these areas.