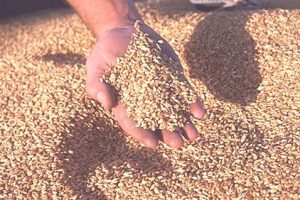 The money will be used for the development of an EAC Guideline for sampling and testing aflatoxin levels.

August 16, 2018—Early this week, the USAID East Africa Trade and Investment Hub (the Hub) signed a grant with the Eastern Africa Grain Council (EAGC) to facilitate the review and revision of existing East African Community (EAC) standards for sorghum grains, finger millet, green grams, composite flour and soy flour. The Hub has its headquarters in Nairobi.

EAGC is a regional private sector membership Not-for-Profit organization founded in 2006 and registered as a company limited by guarantee. The organization’s operation span over 10 countries in Eastern Africa region including Kenya, Uganda, Tanzania, Rwanda, Burundi, the Democratic Republic of Congo, Zambia, Malawi, Ethiopia and South Sudan. No details have been given as to how much the grant is worth, but the money will also support the development of an EAC Guideline for sampling and testing aflatoxin levels.

The adoption of the revised standards and guidelines are expected to reduce trade failures and ease the movement of grains from surplus to deficit regions in the region. Demand for cereals as with other staple food is expected to dramatically grow in the coming decades due to the high rate of urbanization and the climate induced food deficit rural areas.

According to the Regional Agriculture Trade Intelligence Network (RATIN), the regional grain trade in the second quarter of 2018 decreased seasonally in most countries within the region following improved domestic stocks from the main season. Compared to last year, prices are below the five-year average in most of the monitored markets. Measures taken by the various governments in the region to manage the last year deficits had lingering effect on prices in the first and second quarter.

The Hub promotes two-way trade with the United States under the African Growth and Opportunity Act (AGOA), facilitating investment, deepening regional integration and increasing the competitiveness of select agricultural value chains. It is funded by the US Agency for International Development.

In 2016, the Hub partnered with the EAGC and the EAC Secretariat on the revision of the nine staple grain standards (wheat flour, maize flour, milled maize, dry beans, wheat grains, millet flour, sorghum flour, milled rice and dry soybean). This process was completed in December 2017 with the gazetting of the nine revised standards under EAC Legal Notice Number EAC/149/2017. Two sampling and testing standards and guidelines were also developed as part of the previous grant.

However, in spite of attempts to improve the enabling environment for cross-border trade, challenges persist, making continued efforts to improve grain standards and food safety testing protocols necessary. One area ripe for improvement is the sampling and testing process for aflatoxin levels in staple grains. Inefficient aflatoxin testing delays border crossing times and increases transaction costs. Harmonizing aflatoxin sampling and testing protocols in the EAC will simplify the issuance of Certificates of Conformity (CoC) requirements and make it easier to trade staple grains across the EAC.

The overall objective of the grant activity is to increase the flow of quality grain commodities from surplus to deficit areas, eliminate unnecessary barriers to trade in the region and promote confidence among regional trading partners of the quality standards in staple foods.