May 9—Next month, the United States Federal Reserve (central bank) will decide whether or not to […] 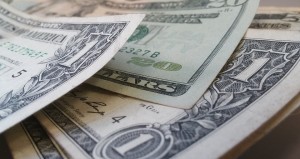 A stronger dollar means Ugandans will pay more for imports and the government foreign debt repayment costs may go up.

May 9—Next month, the United States Federal Reserve (central bank) will decide whether or not to raise its key interest rate and if it does, investors tend to take their dollars back to the US causing a scarcity in emerging markets like the East African Community.

The US dollar is the leading convertible currency which means a stronger dollar adversely affects many countries’ import bill and raises the costs of foreign debt. The Federal Reserve (Fed) influences money supply by using the discount rate which directly affects the amount of lending. The discount rate is the interest rate that the Fed charges banks that want to borrow money from it.

It is currently at 1.0 percent, however the Fed expects to raise it two more times during 2017, to reach 1.5 percent. The rate will top 2 percent in 2018 and 3 percent in 2019. Earlier this year, Jibran Qureishi, the Regional East Africa Economist for Standard Bank said, “Global US dollar strength will weigh on the Uganda shilling and portfolio investors are likely to exit short term Uganda shilling debt.”

Qureishi forecast the shilling would tail off at between UGX3700 and UGX3800 against the US dollar by the end of the year. It is presently in the UGX 3600 range.

During the twelve months to February 2017, the shilling depreciated on average by 3.7 per cent compared to a weakening of 25.3% in the same period up to February 2016, but the central bank cautions that the situation is still fluid.

Bank of Uganda says in its latest forecast, ”Given the now anticipated faster normalization of monetary policy in the US in 2017, all currencies of developing countries are at risk of facing episodes of volatility over the year, which may call for central banks’ intervention in their domestic foreign exchange markets, with further risk of eroding foreign exchange reserves.”

According to Bank of Uganda the relative stability in the exchange rate in February 2017 is mainly attributed to subdued corporate dollar demand, amidst matched inflows from Non-government Organizations (NGOs), foreign exchange bureaus and sizeable coffee export proceeds. Corporate dollar demand was low in February 2017 with net demand coming from key sectors such as manufacturing, offshores and energy.

However, regarding BOU activity in the Inter-bank Foreign Exchange Market (IFEM) during February 2017, the BoU purchased $110.40 million under the reserve build-up program, including a $48.5 million purchase from dfcu, bringing the amount purchased for the financial year to the end of February 2017 to $635.2 million. However, taking into account the Bank’s intervention and targeted transactions, the net amount purchased from the IFEM in the period July 2016 to February 2017 comes to $493.4 million.

Bank of Uganda says, “Going forward the Shilling is anticipated to remain stable with a bias towards a weakening of due to an increase in corporate demand mainly on account of end-month tax payments, government demand for foreign exchange – if planned infrastructure projects remain on schedule; continued fragility of the current account – owing to the rise in crude oil prices and, increase in private sector imports – if domestic activity picks up and volatility in the global financial markets.”