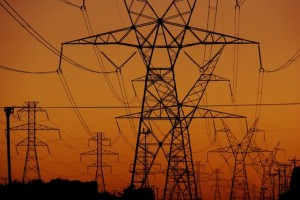 Transmission lines in Africa have been mostly paid for using public resources and the World Bank says a new model involving the private sector needs to be explored.

June 6—Private companies need to feel comfortable about investing in Africa’s electricity transmission sector if the region is to close its crippling power deficit which means governments have to be more supportive in terms of regulatory policies.

Riccardo Puliti, the Senior Director and Head of Energy and Extractives Industries at the World Bank said, “Private finance has supported the expansion of electricity transmission infrastructure in many regions of the world and the same can happen in Africa.”

The Uganda Electricity Transmission Company Limited (UETCL) is a public limited company owned by the Ministry of Finance, Planning and Economic Development. It has a monopoly over transmission and is the counter-party on behalf of the government to all power purchase agreements.

Africa lags the rest of the world when it comes to electricity, with just 35% of the population with access to power and a generation capacity of only 100 GW of which a third is from South Africa. In comparison India has over 300GW while Brazil produces about 140GW and Spain generates 51GW of renewable energy.

Those who do have power typically consume relatively little, face frequent outages and pay high prices. In Uganda which has less than 1000MW of installed capacity, less than 15% of the nearly 40 million citizens get their electricity directly from the national grid.

A new World Bank study, Linking up: Public-Private Partnerships in Power Transmission in Africa, shows that the private sector has participated successfully in transmission networks in many countries in Latin America and Asia, and this approach could be copied.

Puliti said,  “To attract private sector investment, however, governments need to adopt policies supportive of this strategy and establish the right business, regulatory and legal environment to sustain investor interest.” 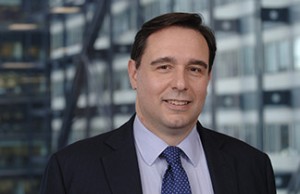 Puliti thinks what was done in Brazil and India can be copied in Africa bearing in mind that expanding the transmission network may require $3.2 billion to  $4.3 billion

Estimates of annual investments required from 2015-20140 to expand Africa’s transmission n range from $3.2 billion to $4.3 billion. These investments are critical to delivering cost-effective power to households and industries.

In sub-Saharan Africa, power transmission and distribution losses are averaging 18 percent, excluding South Africa which is witnessing losses below 10 percent, a figure on par with world average. Certain countries in West and Central Africa are witnessing losses of more than 25 percent.

The study provides a set of recommendations for countries to adapt to specific local conditions and lists 10 steps to get there, including the right legal and regulatory framework, new models for concessional lending, competitive tender processes, adequate revenue flow and credit enhancement for projects, or tailored IPT projects to attract international investors, to name a few.