March 29, 2018—Umeme managing director, Selestino Babungi, took the opportunity on Thursday, during presentation of the […] 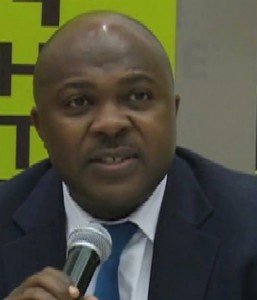 Babungi said revenues are up but profits are down, and tampering with their 20 year concession was a risky option.

March 29, 2018—Umeme managing director, Selestino Babungi, took the opportunity on Thursday, during presentation of the 2017 results, to caution one and all of the dire consequences of prematurely cancelling their 20-year concession to distribute electricity in Uganda.

He said shareholders stand to be compensated up to the sum of UGX 1.8 trillion (nearly $500 million) should the company’s concession be cancelled.

The agreement was signed with the government 13 years ago, but of recent President Yoweri Museveni has publicly criticised the company for failing to lower their tariffs, a nagging point for Uganda’s manufacturing and industrial sector. Museveni has already recommended the concession not be renewed in eight years time.

Babungi said, “There are mechanisms in place within the concession agreement that have to be considered before a decision to cancel it can be made. This move would have dire financial constraints on all involved parties. We are a publicly listed company and therefore we have a responsibility to our shareholders to be accountable.”

Umeme has been a public listed company since October 2012 with the National Social Security Fund topping as the major shareholder.

Earlier in the week, Museveni and before chairing a closed door meeting with top Umeme officials at State House, had asked energy minister, Irene Muloni, for an explanation as to why Umeme’s technical losses still remain as high as 17% yet the company claims to have invested up to $500 million in distribution infrastructure to address this problem.

According to Babungi, details of that meeting cannot be communicated to the public yet. He however maintained that cancelling the concession would have severe financial implications on all stakeholders.

Babungi said the company has been investing $120 million every year to solve the issue of pricing.“In addition, the energy sector is in its maturity stage with a lot of generation expected to come into the industry in the next two years once the Isimba and Karuma projects are complete. This will definitely have a huge impact on cost of electricity,” Babungi said.

The company’s financials reveal it registered a turnover of UGX 1.4 trillion (about $380 million) driven mostly by the industrial sector. Marie Nassiwa, the Chief Financial Officer (CFO) said, “Our revenues grew by 8.7% while a balance sheet has grown to UGX681 billion.  We have managed to reduced power outages by 17.2% last year compared to 19% the previous year as well as grown customers by 18.3% to 1. 1 million and an additional 174,477 grid connections compared to 157,270 in 2016. We have also significantly reduced on our operating costs.”

Profit after tax however declined by 73% from UGX 132 million to UGX 35.5 billion. Babungi announced a UGXs7.6 dividend pay-out per ordinary share to all its shareholders for the year ended December 31, 2017.

If approved at the Annual General Meeting to be held on May 17, 2018, the final dividend subject to deduction of withholding tax, where applicable, will be paid on or about 6 July 2018 to shareholders in the books of the company at close of business on 20 June 2018.