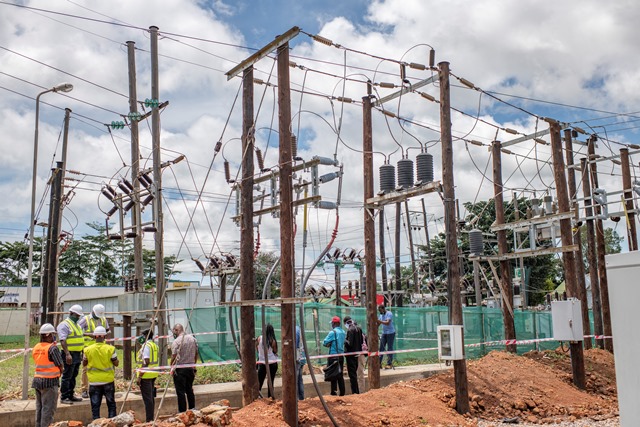 A section of the upgraded Gulu Substation

Ugandan power distributor Umeme is spending USD80 million as it ramps up a capacity enhancement and network stabilisation programme in rapidly growing regions outside Kampala.

In recent weeks, the distributor has commissioned projects in eastern, western and northern Uganda. USD 17.5m has been spent on expansion works at Mbale substation where capacity has been more than quadrupled to 112.3Mw. Part of the upgrade involved the stationing of a 50MW mobile sub-station at the Sino-Uganda industrial park in the city.

The expanded substation will accommodate demand in the sub-regions of Bukedi, Elgon and Teso. A loop back to Opuyo in Lira can also allow the station to handle some of the demand from there.

Last week, Umeme also launched construction works for a USD 1million substation in Lyantonde which is expected to improve the supply in the district as well as Masaka and Mbarara cities.

Umeme chief executive Selestino Babungi says the station in Lyantonde which is midway between Masaka and Mbarara should be on line by June 2021. It will also make fault detection along the mains faster.

“Once in place, it will quicken the detection of faults between Masaka and Mbarara. It will also help keep the factories supplied 24/7 by switching them from a faulty line to the one without a fault,” Babungi said.

The raft of network upgrades will bring Umeme’s investment since it took over Uganda’s power distribution to USD 700 million.