July 11—British Prime Minister, Theresa May has drawn both ridicule and anger at home by proposing […]

July 11—British Prime Minister, Theresa May has drawn both ridicule and anger at home by proposing a 30 million pounds (nearly $39 million) scheme to boost Africa’s insurance sector to help mitigate the effects of natural disasters. 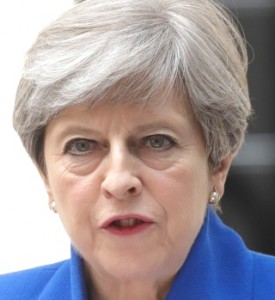 May believes by helping to mitigate the effects of disasters in Africa then the fallout of mass migration will be limited.

Her critics feel the money can better be spent dealing with UK socio-welfare disasters rather than throwing it at Africa where it may be squandered.

Speaking recently at the G20 Summit in Germany, May said, “We must not forget that progress in Africa benefits the UK at home.”

She said, “Our international aid work is helping to build Britain’s trading partners of the future, creating real alternatives to mass migration, and enhancing our security, while simultaneously ensuring we abide by our moral responsibility to meet the immediate humanitarian needs of some of the poorest people on earth. This is the future of aid, delivering value for money for the taxpayer.”

Her proposal involves the new London Centre for Global Disaster Protection financially supporting improved expertise in the African insurance and reinsurance market with the goal of helping to increase the use of rapid paying risk transfer protection and insurance against perils such as drought.

The Department for International Development says the new long term approach set out by the Prime Minister will be based on three key principles, building a modern partnership with Africa which is focused much more strongly on supporting African aspirations for trade, investment and growth; creating millions of new jobs and a commitment to work with others including the private sector to stimulate trillions of pounds/dollars investment into Africa.

May said some 20 million jobs need to be created in Africa every year until 2035 just to absorb new entrants into the labour force. “If young people remain permanently excluded with jobs and opportunities always out of reach then destabilising migratory patterns will persist – with extremist causes and criminality more likely to thrive,” she said in Hamburg.

According to Ibrahim Lubega Kaddunabbi, the Insurance Regulatory Authority of Uganda CEO, insurance penetration in the country stands at about 1%.