December 8—Prince Arthur Eze, whose Oranto Petroleum company recently was awarded licenses to explore for oil in western Uganda, is caught up in a wrangle over a London mansion according to the Daily Mail. 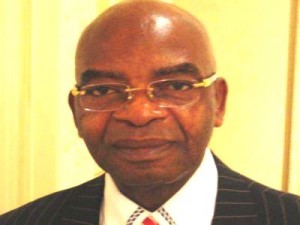 Prince Arthur is being sued in London for breach of contract and the British couple are seeking around $2.4 million in damages.

A couple claim they were left stranded on the property ladder when the billionaire Nigerian prince pulled out of buying their £5 million mansion and are now suing him for £1.8 million (about $2.4 million).

In October, Oranto Petroleum signed two production sharing agreements (PSA) with the Uganda government for concessions in the Ngassa Shallow and Deepwater Play in Albertine Region.

Richard and Deborah Conway say they were due to sell their home in London’s  Mill Hill to Prince Arthur, who is reputedly worth £2 billion.

They are now suing him for breach of contract at London’s High Court, but are being counter-sued by him over the deposit.

Richard Conway told the court during mid-week that he and his wife wanted to ‘pay off all our debts and start again’ and had a target selling price of £5 million.

The Conways and the Nigerian royal exchanged contracts in August 2015 after a ‘go-between’ told the prince about the nine-bedroom property in leafy north London.

Prince Eze, who never saw the house before making an offer, paid the couple a 10% deposit of £500,000, the Conways’ QC, Matthew Collings told the court.

The Prince, the 62-year-old founder of oil exploration company Atlas Oranto Petroleum, has a fleet of Rolls Royces and a private jet.

But the move fell through, leaving the Conways needing ‘bridging finance to fill the huge hole left by Prince Eze’s failure to complete, and failure to pay the balance of the purchase price,’ Collings said.

The prince’s legal team claim the sale contract is ‘void’ because the Conways agreed to pay the go-between a ‘secret commission’ to secure the deal.  The Conways deny any inappropriate conduct. Their lawyer said the go-between initially contacted them without Prince Eze’s knowledge, and later ‘raised the issue of the Conways paying his £75,000 finder’s fee’.

From the witness box, Prince Eze said he had wanted ‘a genuine investment in the UK’. ‘I wasn’t concerned about the price but I was concerned about people being open,’ he told the judge.