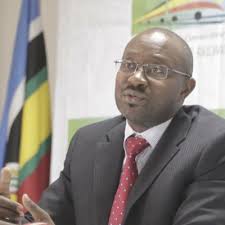 June 28, 2018 – There has been a change of guard at Uganda’s Standard Gauge Railway Project after the departure of Engineer Kasingye Kyamugambi last Friday.

Information reaching 256businessnews indicates that Mr. Kyamugambi spent the better part of last week trying to verify reports that he had been sacked. He was able to get hold of the letter sacking him on Thursday and said his farewells to staff on Friday.

Retired Engineer Perez Wamburu has been tapped to replace him.