December 8, 2022 in Business, Companies by Editor 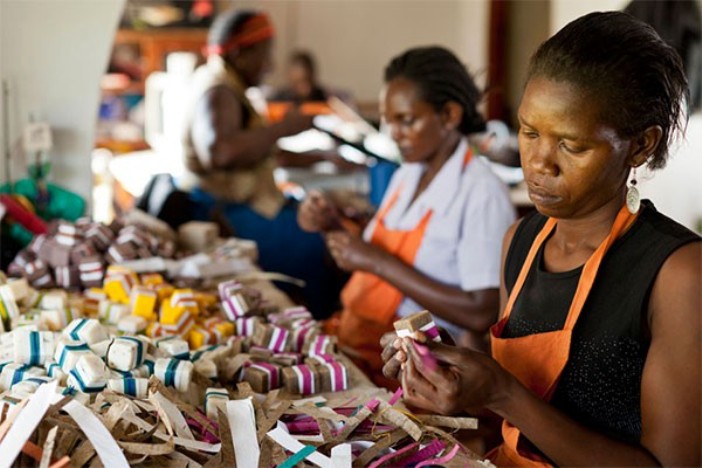 Companies kept on top of workloads in part due to a second consecutive increase in employment. As well as taking on additional staff, companies also signaled a renewed increase in their purchasing activity during November, ending a two-month period of decline.

Conditions in Uganda’s private sector continue to improve as the latest data for the monthly Stanbic Purchasing Managers Index (Stanbic Bank PMI) showed  output, new orders and employment all increasing over the month.

The headline PMI rose to 50.9 in November from 50.0 in October, indicating an improvement in business conditions for the third time in the past four months, following a stable position in the previous month, however, the latest figure was still below the series average.

The monthly survey is compiled by S&P Global from responses to questionnaires sent to purchasing managers in a panel of around 400 private sector companies. The panel is stratified by detailed sector and company workforce size, based on contributions to GDP. The sectors covered by the survey include agriculture, mining, manufacturing, construction, wholesale, retail and services. Data were first collected June 2016.

Sector data showed output rising in the industry and services categories, but falling in agriculture, construction and wholesale & retail. Mulalo Madula, Economist at Standard Bank said, “Uganda’s November PMI is still below the series average but shows signs of improving business activity for the fourth month in a row. The industrial and service categories of the economy reported higher output, while agricultural, construction, wholesale and retail output declined. Production grew strongly as new orders continued to improve, the new international business returned to growth and the six-month contraction ended.”

According to the November findings, companies remain optimistic that business activity will continue to rise over the year ahead. Madula said, “The improvement in demand has been a recurring topic and reportedly a major driver of growth, employment, and purchasing activity. Businesses continue to evaluate the future business situation positively. This is due to expected growth of new order and a moderation of prices. However, the growing risk of a global recession could cloud the outlook for economic growth.”

Anecdotal evidence suggested that advertising had helped firms to secure greater new business during the month. Companies in Uganda remained optimistic that output will increase over the coming year, with 73% of respondents expressing a positive outlook in November. Hopes for expanded new orders were central to optimism, with some firms also predicting a moderation of price pressures.

Although new orders continued to expand, there remained little pressure on capacity and firms were able to deplete backlogs of work again. Companies kept on top of workloads in part due to a second consecutive increase in employment. As well as taking on additional staff, companies also signaled a renewed increase in their purchasing activity during November, ending a two-month period of decline. Inventories were also up for the first time in three months.

Some respondents indicated that sales had come in lower than expected, meaning that fewer inputs were required to support output and more were kept in reserve. Suppliers’ delivery times lengthened in November, following an improvement in vendor performance in October. Material scarcity was central to delivery delays, with poultry feed mentioned in particular as being in short supply.

Higher input costs were recorded amid reports of rising charges for electricity and water, alongside increased purchase and staff costs. There were some reports, however, of fuel prices starting to come down.

As has been the case in each of the past 16 months, purchase costs increased in the Ugandan private sector in November. Panelists reported a range of items as having risen in price, including food products, paper and packaging. Purchase costs continued to increase across each of the five broad sectors covered by the survey.

In response to the rise in input costs, companies increased their own selling prices for the fifteenth month running. Hopes of continued growth of new orders and a moderation of prices contributed to ongoing optimism regarding the year-ahead outlook for business activity.