August 27, 2018—The lowest prime lending rate (PLR) across commercial banks in Uganda has dropped from […] 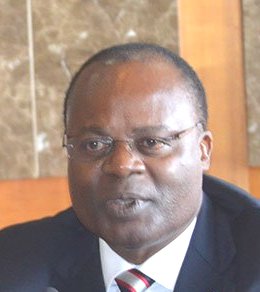 August 27, 2018—The lowest prime lending rate (PLR) across commercial banks in Uganda has dropped from above 20 pc a year ago to 17.7 pc in June reflecting Bank of Uganda’s stance to keep the benchmark Central Bank Rate (CBR) low presently at 9 percent.

After its latest sitting at the beginning of this month, the BoU monetary policy committee, left the CBR unchanged for the second time this year, but with a constant prodding to commercial banks to cut their lending rights. At 17 pc Stanbic Bank Uganda has the lowest PLR of all Uganda’s licensed financial institutions as of July.

Deputy BoU governor, Dr. Louis Kasekende recently took the opportunity to commend the downward trend. “Lending rates continue to decline in line with reduced Central Bank Rate– 17.7 pc is probably the lowest the economy has ever experienced. Some sectors like manufacturing recorded loans even at a lower interest rates than that which explains the growth in those sectors.”

He was speaking at an event to bid farewell to Samual Odeke and Joseph Mahuga, the outgoing CEO and Executive Director respectively at Commercial Bank of Africa (CBA) Uganda. CBA is based in Nairobi, Kenya.

“I ask banks to continue pursuing gains in the operations and passing them to their customers in the form of much lower lending rates,” he said. Increased use of online platforms has helped banks make sizeable cuts in operations costs which still remain some of the highest in East Africa and has contributed to relatively high lending rates. During the economic downturn in 2016, banks were also hit by a sharp rise in non-performing loans (NPL) which reduced the appetite for both lending and borrowing. However this has been changing since the beginning of the year as inflation has also been heading lower until July.

Kasekende said, “The banking sector has shown resilience to various shocks and is  generally sound with adequately liquidity buffers, improving asset quality with NPLs ratio at 4.4% in June 2018 and sufficient capital liquidity with all banks being able to meet the minimal regulatory  capital requirements as of June 2018.”

The Deputy Governor said providing credit to the private sector is also a positive trajectory with annual growth of 10.5% in June 2018 relative to a low growth of 2.8% in November 2017, much of lending to going to manufacturing.