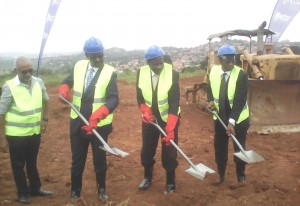 February 5—Business activity in Uganda during January was upbeat continuing a positive outlook into the twelfth successive month with the latest Stanbic Bank Uganda (SBU) Purchasing Managers’ Index (PMI) at 52.0. This was two points above the significant 50.0 threshold, but lower than the 54.3 seen for December 2017.

Jibran Qureishi, Regional Economist East Africa at Stanbic Bank said: “On an annual basis, we expect the Ugandan economy to grow between 4.5% to 4.8% in 2017; a view that is supported by the ongoing improvement in the Stanbic Bank PMI which has been above the 50.0 level mark since January 2017.”

He said, “We expect both an improvement in agricultural productivity and an increase in public investment in infrastructure to support economic activity over the coming year, which is why we see GDP growth expanding by 5.6% in 2018.”

The PMI is based on data compiled from monthly replies to questionnaires sent to purchasing executives in approximately 400 private sector companies, which have been carefully selected to accurately represent the true structure of the Ugandan economy, including agriculture, construction, industry, services and wholesale and retail. The survey is conducted by IHS Markit and sponsored by SBU.

Current trends have encouraged  many firms to expand their payroll numbers as activity requirements increased. Apart from the services sector, employment rose across all monitored sub-sectors.

On the price front, greater demand caused cost pressures to continue, with overall input costs increasing further at the start of the year. A rise in costs was reported across the wholesale and retail, agriculture, construction, industry and services sub-sectors. Both purchase prices and staff costs increased in January.

As a result, private sector firms increased their average selling prices. Output prices rose across four out of the five sub-sectors, the exception being industry.