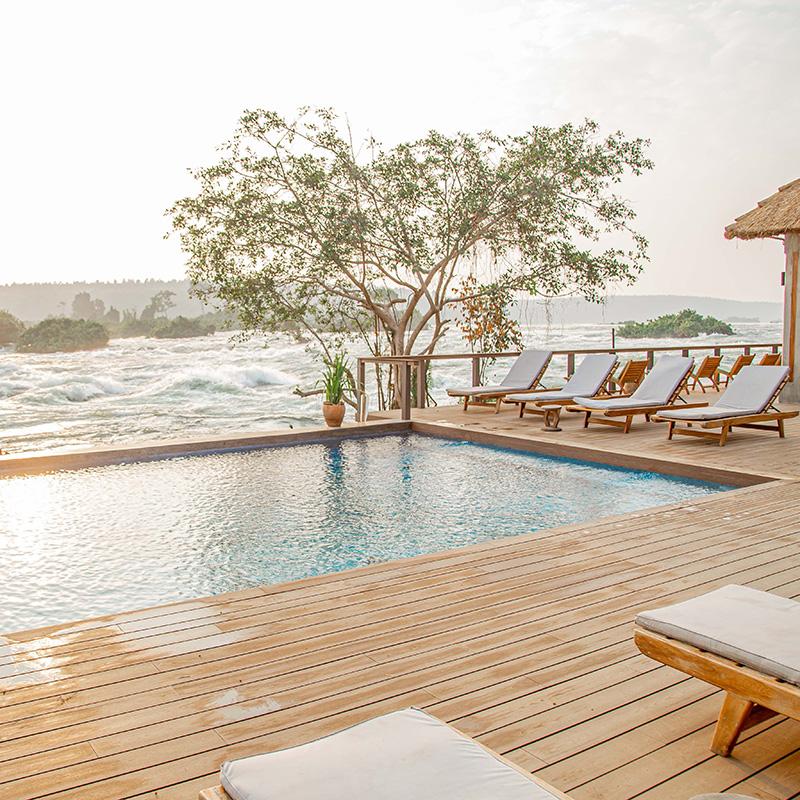 Ugandans are in a euphoric mood, after Kalagala Falls based Lemala Wildwaters Lodge wasvoted the world’s […]

Ugandans are in a euphoric mood, after Kalagala Falls based Lemala Wildwaters Lodge wasvoted the world’s second most Instagrammable Hotel for 2022, in a global contest organized by Luxury Travel Advisor. The property emerged runner-up to The Shore Club Turks and Caicos, in the final round of voting that ended today. Lemala garnered 70, 509 of the 145,146 votes cast .

The Shore Club, a repeat winner of the contest, romped home with 74,637 votes representing 51.42pc  in a tight race that saw the finalists go through six rounds of voting during which they had to overcome formidable competition from world class properties in Asia, the Americas, Europe, the Middle East and Africa. As of 14hrs today, Wildwaters was tantalisingly close to the prize with 53pc before a rally by The Shore Club saw the lead rapidly bleed away in a flurry of aggressive voting as the western hemisphere woke to a new day.

“The Shore Club Turks and Caicos has been crowned The Most Instagrammable Hotel in the World for 2022, following up on its victory last year, making it Luxury Travel Advisor‘s first-ever repeat champion, the organisers announced shortly after voting ended just after 15hrs East African time today.

The runoff between Lemala Wildwaters Lodge and the The Shore Club followed six rounds of voting, which started with 64 hotels from across the world broken down into four regional brackets.

“What’s most impressive is over 145,000 people voted in the round (with the breakdown being 74,637 in favor of The Shore Club and 70,509 for Wildwaters Lodge). The champ came out of the Latin America and Caribbean bracket, while the runner-up represented Europe and Africa,” Luxury Travel Advisor said.

Representing Europe and Africa bracket, Wildwaters Lodge in the semifinals upset last year’s runner-up Laqua Charme & Boutique with just over 79 percent of the vote in the opening round. The property then went on to eliminate the Shipwreck Lodge scoring 485 of 690 votes in the third round, then taking down Anantara New York Budapest Hotel in Round 2, with just under 62pc of the vote.

Lemala Wildwaters Lodge sits on a private island in the Nile River, with tantalizing lights and sounds of gushing rapids on one side, and gentle currents on the other.

“This is brilliant,” said Breathtaking Uganda chief executive Isaiah Rwanyekiro. He added: “Coming out of nowhere to emerge runners-up is a commendable feat and I congratulate all those who voted in this challenge. More importantly, it earns us unmatched visibility as destination Uganda and after this, I look forward to receiving all those visitors who will be coming to experience Lemala Wildwaters and this wonderful country.”