Home » Business » Uganda’s inflation drops to 3% from 3.3% during January

Uganda’s inflation drops to 3% from 3.3% during January 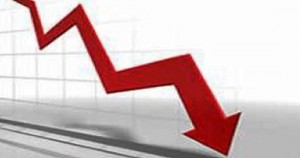 January 31–Uganda’s Annual Headline Inflation for January 2018 dropped to 3% from the 3.3% registered in December last year while Core Inflation fell to 2.6% from 3% according to latest figures provided by the Uganda Bureau of Statistics (UBOS).

This compares favourably with the 5.9% and 5.2% respectively recorded in January 2017 and raises hopes that the Bank of Uganda might shave off more points from the Central Bank Rate (CBR) now standing at 9.5%. The lowest commercial bank lending rate is 17.5% offered by Stanbic Bank Uganda. The next Monetary Policy Statement is due towards the end of February.

In December Dr. Louis Kasekende, the Deputy BoU Governor said, “The near term inflation outlook remains subdued, but Core Inflation is projected to pick up in FY2018/19 to around 5% as spare capacity in the economy is reduced. Nonetheless, there are upside risks to this outlook, including the future direction of food crop prices and the foreign exchange rate.”

UBOS says food crops inflation rose to 1.4% in January 2018 compared to 0.7% recorded in December 2017. This was driven b higher prices for vegetables. However there were price reductions in the energy, fuel and utilities, but increases for transport (Christmas rush) and health.