April 28–Uganda’s Annual Headline Inflation has risen to 6.8 percent for the month of April from […] 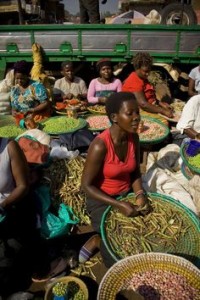 April 28–Uganda’s Annual Headline Inflation has risen to 6.8 percent for the month of April from the 6.4 percent registered for the period ending March 2017 according to the latest Consumer Price Index released by the Uganda Bureau of Statistics (UBOS).

According to the Bureau, the rise is attributed to an increase in food crops inflation to 21. 6% for the period ending April 2017 compared to 20.9% at the end of March. Fruits inflation also saw a 35.5% rise while vegetables inflation went up to 14% from 11.9% during the same period.

There was a slight rise in the Annual Core Inflation to 4.9 percent from 4.7 as a result of inflation of other goods which increased to 5.1 percent for April from 4.8 percent in March. The inflation of services also rose to 4.7 percent for the same period.

During the past month there has been a rise in the inflation of liquid fuel to 4.1 percent compared to 2.5 percent previously. The Energy, Fuel and Utilities inflation rose to 5.3 percent from 3.8 percent  that was registered for the period ending March 2017.