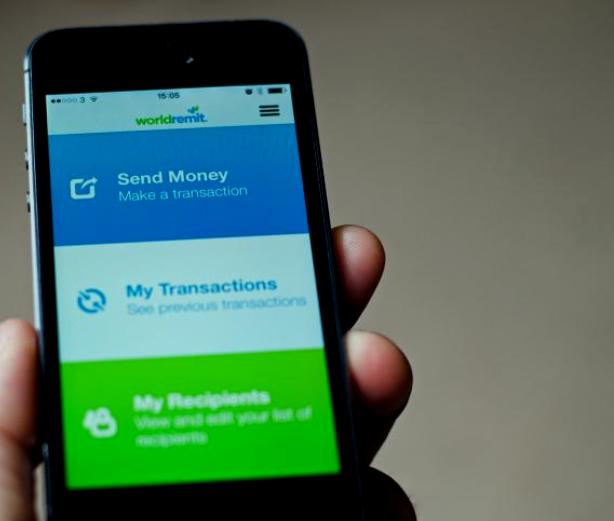 Most of the remittance market in Uganda is driven by diaspora citizens living in the Middle East, United Kingdom, United States, Rwanda, South Sudan, Nigeria, Ghana and Morocco.

Ivan Kanyali, the WorldRemit Country Lead in Uganda, recently shared some insights about the global remittance […]

Ivan Kanyali, the WorldRemit Country Lead in Uganda, recently shared some insights about the global remittance market and their company’s role in easing these transfers for Ugandans residing or working abroad. Below are excerpts:

What is the current state of remittances in regards to Uganda?

Although the inflow of remittances in Uganda declined in 2021, it is still a lifeline for many rural people, and continues to play a vital role in economic growth in the country’s Gross Domestic Product.

Most of the remittance market in Uganda is driven by diaspora citizens living in the Middle East, United Kingdom, United States, Rwanda, South Sudan, Nigeria, Ghana and Morocco who send money home.

Remittances have also been steadily growing over the past five years as Uganda increases its workforce in the Middle East, which in the last three years has overtaken other regions as Uganda’s largest source of foreign exchange. The Middle East alone has more than 150,000 immigrant workers from Uganda.

What kinds of innovations are improving the global money movement?

Firstly, smart phone technologies that allow the download of global money transfer apps for free are a key factor. The WorldRemit mobile app enables customers the convenience and simplicity of sending money home 24/7 with just a few taps on their smart phone.

Another key driver of the global money movement is the rise of e-commerce innovations. People across the world are ordering items from different countries via Amazon, eBay, Alibaba, Jingdong, Wayfair, Otto and Rakuten, all of which boast integrated cross-border payment systems in their purchase platforms.

A rapid growth in mobile wallets over the last decade has also boosted global digital money remittances. There are now more than one billion mobile money wallets around the world, and remittance providers integrate with new mobile money providers every day, which gives more people access to affordable transfer services.

In 2020, $12.7 billion in cross-border remittances were processed via mobile money according to the 2021 GSMA report, an increase of 65 pc. This means that, on average, the industry for the first time processed more than $1 billion in international remittances per month.

Why are remittance costs still relatively high considering the faster uptake of smart phones and internet penetration across Africa?

It is true that nowadays there is more penetration of smart phones in Africa and higher internet affordability compared to five years ago. However, not all 54 nations are able to take advantage of these developments. For instance, countries like Benin and Eritrea, are yet to catch up to the digital age as they still largely rely on traditional banking models to power their economies.

Costs among legacy players have traditionally been high in the past. Digital payments companies like WorldRemit helped lower the cost of remittances and transaction fees over the past decade, while simultaneously improving digital accessibility in the country. Even with all that has been accomplished by the likes of WorldRemit, the ability to offer customers faster and easier money transfers is an ongoing process.

What are the major barriers to remittances?

On the commercial and business level, challenges such as high cost of liquidity management, agent costs, lack of clean data and high cost of foreign exchange hold back remittances. You may also find that on the infrastructure front, there are insufficient cash-in and cash-out points, and, of course, a lack of interoperability and low internet connectivity remain issues to be solved.

How can the interoperability issue be tackled to ease real time money movement?

Whichever interoperability model is selected, it must be commercially sustainable for participants, both in terms of operating expenses and revenue opportunities. The liquidity requirements of different technical models are especially important for mobile money providers given the specificity of their business model. Regardless of the technical model, the pre-funding requirement is likely to be the outcome of not just technical but also governance-related factors.

Better interoperability facilitates access to transaction accounts and payment instruments because it allows service providers to create better and customized products. In addition to technical assistance and financing of financial infrastructures supporting interoperability, there is a need for a discussion between financial and telecommunication regulators, financial institutions and non-banks.

We also need a conducive regulatory playing field, where sending money from one platform to another is seamless. Here is where the concept of open banking comes to relevance. We need to see interoperability as a means for people worldwide to make electronic payments in a convenient, affordable, fast and secure way through a transaction account.

What percentage of transactions are Ugandans making on their mobiles?