January 12—The Ministry of Finance and Economic Development (MoFED), considered the vanguard in overseeing Uganda’s future […]

January 12—The Ministry of Finance and Economic Development (MoFED), considered the vanguard in overseeing Uganda’s future prosperity, has been doing some soul-searching and has come out with a new strategy published just before the end of last year. 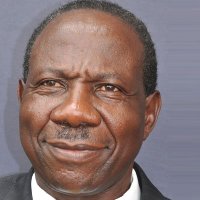 It is titled Ministry of Finance and Economic Development Strategic Plan 2016-2021. Matia Kasaija, in his introduction said, “The Plan identifies the key strategic issues and assesses the Ministry’s strengths, weaknesses, threats and  opportunities based on which the strategic outcomes, strategies and objectives that the Ministry will pursue over the medium term have been formulated.”

The document reveals both surprises and a number well known persistent obstacles. First off, the Ministry admits there is a lack of focus on policy research and analytical work to inform economic policy decisions which frequently means seeking out outsiders for help. It may also come as a surprise that a host of MoFED workers, especially senior technocrats, think they are sorely underpaid compared to their colleagues in the private sector. This does little to instill morale.

Keith Muhakanizi, the Permanent Secretary and Secretary to the Treasury, said in the preamble, “This (strategic) plan is intended to enable the Ministry take advantage of the opportunities available, and to address the challenges that could impede the Ministry’s progress towards achievement of the NDP II targets.”

According to the 100-page report, there are notable weaknesses in the way the Ministry does its job. On the other hand, it is also pointed out that there are several glaring structural problems with Uganda’s economy that need to be sorted out if the Vision 2040 is to become a reality through implementation of the successive National Development Plans (NDPs).

The Vision is geared towards transforming the country from a predominantly peasant and low-income country to a competitive upper middle-income status with a per capita income averaging $9,500 by 2040. The present figure is well below $1000. The government is implementing Vision 2040 through three 10-year plans, six 5-year NDPs and other sub-national level frameworks. 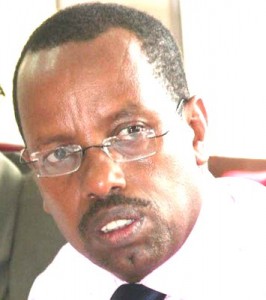 Muhakanizi said the Ministry will take the opportunities to address the challenges ahead.

However Uganda’s structural problems do little to help the Ministry do its job. Some 56.7% of the population is under 18 years, leading to a high dependence ratio. This  affects household ability to save leading to low domestic savings. Low domestic savings mean foreign borrowing to finance investment, high foreign debt and dependence on foreign savings.

With 57% of the population currently below the age of 18, the number of labour market entrants is projected to increase from 800,000 a year to 1.5 million in 2040 by which time the total population is projected to reach 61 million.1 The rate at which the youth are joining the labour market is not matched by job opportunities and hence the challenge of youth unemployment and increasing income inequality.

Uganda continues to have a low revenue to GDP ratio (13.5% as at FY2015/16) and one of the lowest in the region. Low revenue mobilization limits the level of public investment resulting into continued heavy reliance on donor aid/external borrowing for critical investments such as in the transport, energy, education and health sectors.

Regional instability, usually characterised by marauding armed also adversely affects economic activity. One example is the situation in South Sudan, formerly, a lucrative market for Ugandan goods and services. According to the MoFED, the South Sudan situation also imposes direct budgetary costs through higher spending on security and refugees.

The continued poor absorption of funds by government Ministries Departments and Agencies (MDAs) and Local Governments (LGs) poses a serious challenge for MoFPED.  A number of sectors have been affected by this problem, greatly impacting on service delivery. Poor absorption of funds is attributed to capacity challenges and the lack of preparedness on behalf of the implementing agencies.

Investment in public infrastructure has increased over the years, but the returns to these investments are less than would be expected due to inefficiencies in project execution, inefficiency in management of public investments and poor absorption of available resources especially borrowed funds. This, coupled with other factors, has affected the rate of economic growth of the country as a whole.

Fiscal slippage is indicated by the increase in the stock of domestic arrears and continued occurrence of supplementary expenditures over the years. The stock of domestic arrears has increased significantly over the last three years, from UGX 1.4 trillion to UGX 2.7 trillion, as at end of 2016 which is equivalent to 3.2% of GDP, representing an increase of over 90% over the last financial year. In other words, the government is signing just too many IOUs.

Finally, Uganda faces environmental degradation challenges, which include deforestation, climate change, and pollution among others. This has led to decline in rainfall, affecting rain-fed agricultural production. With an economy heavily dependent on climate-sensitive sectors such as agriculture and tourism, the decline in rainfall has severe consequences to these sectors, which are significant to creating wealth and employment. Climate change and climate variability has led to severe droughts in some parts of the country and reduced crop production, directly impacting the vast majority of the population employed in the sector as well as reducing the rate of growth of the economy.

According to the report, the above factors have affected income growth in the economy. Notwithstanding these shocks, the Uganda economy remained resilient, and economic growth is on a recovery path, projected to grow at 5% in 2017/18 and to regain its past growth trajectory of 6-7% over the medium term. The major source of growth being; efficient completion of major infrastructure projects and continued recovery of private sector investment particularly in the oil and manufacturing sectors.