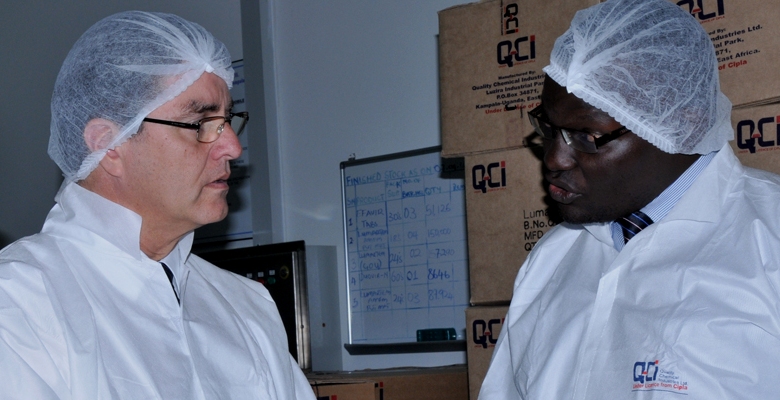 Ugandan human drug maker Cipla Quality Chemicals is projecting a 10pc growth in sales from a vertical integration strategy that will see the company join the retail trade.

The company reported an UGX36 billion loss for the year to March 31, a sharp reversal from the modest UGX7 billion profit registered a year earlier. Management attributed the loss to a failure to recover sales proceeds from the Zambian government, forcing it to dig into earnings to cover for the loss. The value of assets also fell UGX 37 billion down to UGX 248 billion over the accounting period. CIPLA-QCIL’s stock has also shed value since its 2018 listing on the Uganda Securities Exchange with the share price plummeting from the IPO value of UGX 256.5 to UGX 95 in recent sessions.

Until now, the drug maker has been selling its anti-malarial and anti-retroviral drug therapies directly to governments in the export market and locally to national drug off-taker National Medical Stores.

Cipla-Pharma India acquired a majority stake in Quality Chemicals pharmaceutical plant in 2017 but the deal excluded the Human Care Business arm the company that was still controlled by the original shareholders.

The acquisition of Quality Chemicals Human Care Business assets is expected to boost revenues by clawing back margins on the local and imported product line that it will now be putting into the private retail market.

Quality Chemical’s human care business has been importing respiratory medicines, anti-infective, anti-fungals, gastroenterology and cardiovascular drugs among others from Cipla India for resell on the Ugandan non-government pharmaceutical market.