March 5—The World Bank is considering a refinancing package for Uganda’s 250MW Bujagali hydro-power dam amid a high-profile campaign from civil society groups and the bank’s own watchdogs according to Devex, a leading media platform for the global development community. 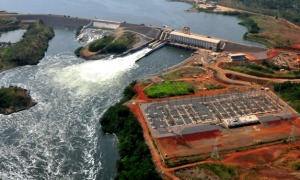 A figure of $500 million has been mooted in additional funding so that Bujagali Energy Limited could bring the tariffs down and make the generated electricity more affordable.

In an article by Sophie Edwards, it is stated that the Public Private Partnership project built on the River Nile in 2012, needs additional cash to make the electricity it produces more affordable to Ugandans. A figure of $500 million is being mooted.

Activists have urged the bank to use the refinancing deal as an opportunity to settle outstanding compensation claims from impacted communities; and to push the Ugandan government to protect a key ecological site downstream.

The stakes are high for the World Bank since Bujagali represents an early example of a major public-private partnership — an investment model the bank has been pushing as part of its new’ cascade approach’ to investment decision-making. The project has been held up as a ‘a model and an inspiration” in a blog, and also mentioned as a ‘transformational project’ in the bank’s 2013 strategy paper.

The bank is currently thrashing out a deal and its board is set to decide on the refinancing package in the next few weeks. But the deal has prompted debate both inside and outside the bank with NGOs, board members, and bank staff united in a desire to get the hydro-power project re-approved, but with specific conditions attached.

“The request for refinancing presents an important opportunity to finally achieve resolution on a number of these outstanding issues … we urge the World Bank Group to take this important opportunity to demonstrate its commitment to accountability and ensure access to remedy for project-affected peoples,” said a letter sent to World Bank chiefs earlier this month which was signed by more than 20 local and international NGOs, including the Accountability Counsel, Bank Information Center, Bretton Woods Project, Friends of the Earth US and International Rivers.

Board members are also watching the project closely. NGOs and World Bank sources say the United States executive director’s office wants the bank to get tougher on Uganda after it broke an agreement to protect a set of waterfalls which had been designated protected in order to offset the environmental damage caused by the Bujagali dam. The government has since reneged on its promise by allowing another dam to be built which is likely to submerge the falls.

“This is a really important moment … it’s quite rare for the World Bank to have a second bite of the apple and this [refinancing] opportunity represents that,” according to Jolie Schwarz, senior policy adviser at the Bank Information Center, an advocacy group which monitors the World Bank.

There is additional pressure on the project considering the bank’s checkered history of operating in Uganda. In 2015, the Bank cancelled funding to a major transport project in the country after some of the workers were accused of  sexual abuse against children and women.

A spokesperson for the World Bank Group told Devex in an emailed statement that the World Bank board of directors will consider the proposed refinancing in March and that the “proposal includes measures to ensure that it is in compliance with environmental and social obligations, and that the Indemnity Agreement governing the offset for the project remains in place.”

Bujagali was approved on the basis that it would bring affordable electricity to Uganda, a country where just 26% of the population have access to power, and only 8 percent in rural areas. The project initially received nearly $900 million in funding from the World Bank Group along with a number of European development finance institutions and US private equity company Blackstone. In 2016, the station generated 44% of the country’s power.

However, six years on, Bujagali Energy Limited, or BEL, the company which owns and operates the hydro-power project, has run over budget and as a result electricity tariffs are among the highest in the region and too expensive for most Ugandans. The government now wants to negotiate a refinancing package — estimated at $500 million— in addition to tax breaks and a longer repayment plan, which will give BEL the breathing room to cut tariffs.

While civil society groups support the measures to reduce energy bills, they want the bank to use the refinancing deal as an “opportunity to finally achieve resolution” on a number of outstanding complaints, and want concrete measures, such as a compensation fund, to be built into the terms of the deal.

“We appreciate that the refinancing of the Bujagali Dam Project in Uganda is likely to help bring down the power tariffs in Uganda, [but] we are concerned that more than five years after completion, the project is still entangled in a number of unresolved compensation cases,” said Geoffrey Kamese, senior program officer at the National Association of Professional Environmentalists (NAPE), a Ugandan NGO which has been advocating on the issue.

“We see this as the only opportunity left where outstanding community issues of compensation should be addressed regarding the dam,” Kamese added.

The dam is one of the most complained about projects in the bank’s history, with bank watchdogs receiving 10 official complaints to date. Bujagali is subject to eight complaints to the International Finance Corporation (IFC’s) accountability mechanism, the Compliance Advisor Ombudsman, most recently in 2017. Two complaints have also been lodged with the Inspection Panel, the most recent in 2016. While some complaints have been addressed by the Bank, others remain outstanding.

The CAO complaints can be grouped into two broad categories. The first is around insufficient compensation offered to local communities who were forced to move or had their crops damaged when the dam, and associated transmission line, was under construction.  A second set of complaints relate to labour conditions including unpaid wages and  health and safety issues.  Ninety three former workers filed a complaint saying they were seriously injured while working on the project — four people were killed and at least 470 injured.

The other complaint was filed by a group of 300 workers employed by a subcontractor to work on the site who say they were not paid properly and were forced to work in unsafe conditions. The CAO has helped address some of the claims through dispute resolution, and has investigated IFC’s performance related to land and labor issues, releasing investigation reports in December 2017 and January 2018, respectively.

In response, the IFC has agreed to commission a “resettlement completion audit.”  While civil society groups say this is a “positive first step,” they want this to be “enshrined in an action plan developed as part of the refinancing package” and to include a “dedicated contingency fund” to pay out compensation, as the letter details.

Furthermore, while CAO’s investigation of the labor complaints found fault, to date IFC has not committed to specific actions to address injured workers’ claims, and IFC has claimed that subcontractors working on the project are not covered by IFC’s labor standards. The lead contractor was Italy”s Salini.

“CAO’s investigations concluded that IFC did not ensure construction related impacts of the Bujagali project on landholders and workers were compensated as required by IFC’s Performance Standards. CAO will be monitoring IFC’s actions to address the investigation findings over the next year,” a CAO spokesperson wrote in an emailed statement.

Campaigners see the upcoming board vote as “the only opportunity left where outstanding community issues of compensation should be addressed regarding the dam,” according to

Kamese from NAPE, who added that “we urge the bank … to provide for within the refinancing package, a budget for satisfactorily resolving all pending compensation issues.”

“We would also want to see the bank putting in place a mechanism for ensuring that all pending compensation issues are resolved. The bank should ensure that it effectively plays its supervisory role during all community compensation processes,” he added.