July 31, 2018—In recent months, some Kampala FM stations have been running ads touting the benefits […] 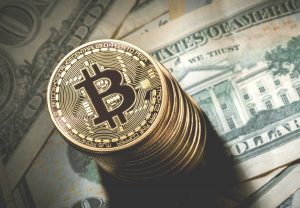 The crytocurrency space is not for people who are reliant on governments or those expecting to be protected by government and consumer protection plans.

July 31, 2018—In recent months, some Kampala FM stations have been running ads touting the benefits of crytocurrencies despite a February 2017 Bank of Uganda warning about the high risks involved in these transactions.

The situation is complicated further by use of local languages that give flowery explanations on the benefits of crytocurrences and not the dangers of losing your money outright.

Citizens may look to cryptocurrencies to escape these socioeconomic woes, or perhaps they simply want to be a part of the digital revolution. Whatever the reason, virtual currencies continue to enjoy a high level of interest and trade in Africa. This mounting curiosity is what needs to be addressed.

According to IT Web Africa, Richard de Sousa believes potential investors need to make sure that they understand the technology behind these digital currencies. De Sousa, a partner at South African exchange, AltcoinTrader said “The key thing here is personal responsibility and accountability, personal responsibility becoming the new counter culture. The cryptocurrency space is not for people who are reliant on governments, or those expecting to be protected by government and consumer protection plans. It is more for free thinkers, people that understand the technology.”

He believes that authorities are doing the right thing by cautioning potential and existing investors about the cryptocurrency industry.

“We encourage the authorities to give the warnings as they need to, because the masses that blindly expect to be protected by government need to get warnings. A possible rude awakening for some investors was the Ponzi scheme that happened earlier this year in South Africa. Nearly 30,000 investors were allegedly scammed out of millions of dollars. The country’s top law enforcement agency is still searching for scheme’s elusive rumored mastermind,” he said.

Nigeria is another African country that saw some investors lose out when they were scammed by a dodgy cryptocurrency company.

Rafiq Phillips, founder of blockchain-based jfGi, agrees that a core part of cryptocurrency investing is research. “There is more fear, uncertainty, and doubt about cryptocurrencies in the market than anything else. Doing your own research is vital. I believe the financial regulators’ warnings are both positive and negative, there are many illegal businesses and scams posing as cryptocurrencies and the paradigm shift in economics and finance (that) Bitcoin and crypto brings forth disrupts the control financial regulators have had on the system. The positive is that doing your own research into Bitcoin and crypto will improve your own financial know-how into not only cryptocurrencies but finance in general,” he said.

Even though Bitcoin is nearly a decade old, it arguably only started gaining public traction just last year. While it’s great that so many people want to be a part of the future of finance, these same people need to know what that future entails and how they can independently protect themselves in this largely unregulated industry. This obviously applies to every potential investor and not just those in Africa.