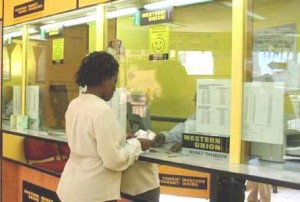 Sub-Saharan Africa remains the most expensive place to send money to, where the average cost is 9.4 pc, but entry of fintech companies adopting mobile money platforms will brings these costs down.

April 23, 2018—Remittances from Ugandans working abroad reached $1.18 billion during 2017 up from $1.01 billion and made up 4.3 pc of the country’s GDP for the year. However the cost of sending money home remains relatively high.

According to the World Bank Group latest Migration and Development Brief, remittances to low- and middle-income countries rebounded to a record level in 2017 after two consecutive years of decline.

The global average cost of sending $200 was 7.1 pc in the first quarter of 2018, more than twice as high as the Sustainable Development Goal target of 3 pc. Sub-Saharan Africa remains the most expensive place to send money to, where the average cost is 9.4 pc. However these costs will come down when more fintech companies adopt mobile money platforms as an attractive alternative to the traditional models.

At $1.8 billion, Kenyans sent more money home last year than any other nationalities in the East African Community. Figures from KNOMAD, (the Knowledge Partnership on Migration and Development) and a leading source for this data, show that in 2016 the Kenyans sent $1.73 billion. Total remittances during 2017 made up 2.4% of Kenya’s GDP.

Dilip Ratha, lead author of the Brief and head of KNOMAD said, “While remittances are growing, countries, institutions, and development agencies must continue to chip away at high costs of remitting so that families receive more of the money. Eliminating exclusivity contracts to improve market competition and introducing more efficient technology are high-priority issues.”

The stronger than expected recovery in remittances is driven by growth in Europe, the Russian Federation, and the United States. The rebound in remittances, when valued in U.S. dollars, was helped by higher oil prices and a strengthening of the euro and ruble.

Remittances to sub-Saharan Africa accelerated 11.4 percent to $38 billion in 2017, supported by improving economic growth in advanced economies and higher oil prices benefiting regional economies. The largest remittance recipients were Nigeria ($21.9 billion), Senegal ($2.2 billion), and Ghana ($2.2 billion). The region is host to several countries where remittances are a significant share of gross domestic product, including Liberia (27 percent), The Gambia (21 percent), and Comoros (21 percent). In 2018, remittances to the region are expected to grow 7 percent to $41 billion.